Atlus has posted a new set of screenshots for the upcoming Persona Dancing titles, showcasing Morgana, Yusuke, Mitsuru, and Akihiko.

There are a total of 25 tracks for each title, and there are 4 difficulty levels that can be selected for each track. You can also select a partner dancer for Fever Time, and they can be set differently for each Fever Time. 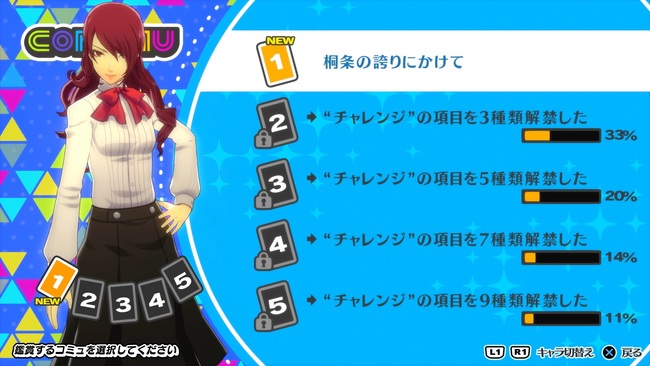 When these new dancing games were announced, it was stated that they would not include a story mode but instead focus on interaction between characters. This game mode is called COMMU, which allows players to enjoy mini events of conversations with the cast of characters. Events can unlock with certain-pre-set requirements, and completing these events can unlock more costumes to use on the dance floor.

Persona 3: Dancing Moon Night and Persona 5: Dancing Star Night is set to be released on May 24 in Japan for the PlayStation 4 and PlayStation Vita. You can find the Yukari and Ryuji trailers here.