Square Enix have just announced their E3 2010 line-up via a press release sent out to people including RPG Site, but in that press release was a small surprise - a single all-new screenshot of Final Fantasy XIV, showing off a character facing off against a huge fire demon.

This is likely a screenshot from a new trailer for E3 2010, as it's from a scene we've not seen before.

Check out the new shot below. We're booked in for a closed-doors demo of Final Fantasy XIV and an interview with some of the game's staff at the show. If there's anything particular you'd like us to find out, let us know in the comments! 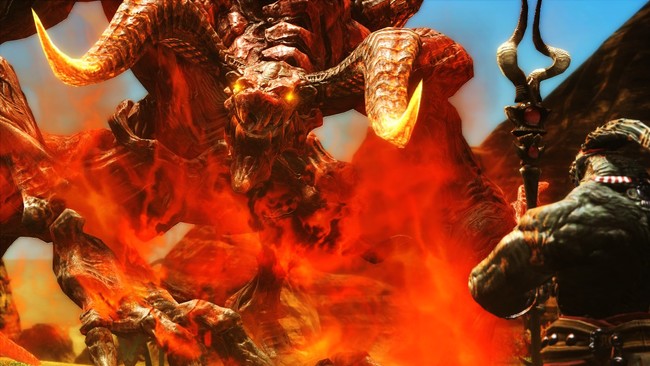