Massive Entertainment has announced today that they are currently working on Tom Clancy's The Division 2, the sequel to 2016's action RPG title. The original game, which released in 2016, was well recieved by press and players alike, as you can see in our review. Massive Entertainment promises there's still more to come for the original The Division even with the developers focusing on the sequel, such as new Global Events and Xbox One X enhancements, so fans don't have to worry about support being dropped for this new title immediately.

Here's a bit of what Massive Entertainment has to say about The Division 2, from Ubisoft's site:

We're thrilled to announce that we are working on Tom Clancy's The Division 2, and that development will be led by Massive Entertainment in collaboration with Ubisoft Reflections, Red Storm Entertainment, Ubisoft Annecy, Ubisoft Shanghai and Ubisoft Bucharest. The Division 2 will be powered by an updated version of the Snowdrop engine that enables us to realize our ambitions for the sequel, but more importantly, we're also taking everything we learned over the past two years and applying it towards the sequel to make sure we get it right.

Additionally, a new achievement award called Shields will be added to the original game, and the Shields will be used to unlock bonuses in The Division 2. It hasn't been specified what these awards are quite yet, but we should hear more soon.

We will get more information about Tom Clancy's The Division 2 at E3 2018. Stay tuned! 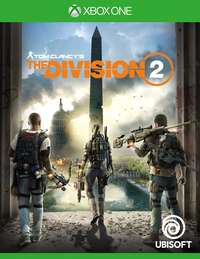