Bandai Namco Asia has released a second trailer for Super Robot Wars X, which will release on both the PlayStation 4 and Vita this year. The trailer is in English for the Southeast Asia version of the game, and importing that version is the best bet for Western players to enjoy the massive crossover title. Wondering what franchises are represented in Super Robot Wars X? Check out our article on the first trailer!

This new trailer is over ten minutes long, and introduces a number of game mechanics that players will have to use to succeed. We also get a look at Super Robot Wars X's protagonists. Watch the trailer below:

Super Robot Wars X will release on PlayStation 4 and Vita on April 28 2018 in Southeast Asia. 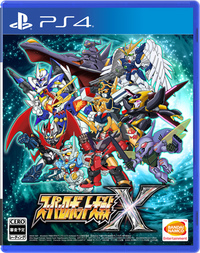