Middle-earth: Shadow of War's Desolation of Mordor DLC arrives in May

Monolith announced last week via a Steam update that Middle-earth: Shadow of War will get its final DLC update on May 8. Titled Desolation of Mordor, this second story focused DLC will put players in control of the Gondorian Baranor as he explores the eastern deserts of Mordor. 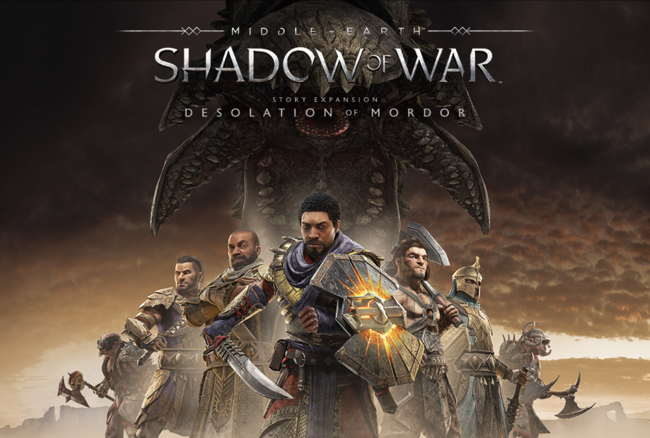 Details are pretty thin but the full update from the Steam post can be found below. The details and timing of the release match with what was originally announced with the game's expansion pass.

Play as Baranor, the Captain of the Tower from Minas Ithil, and travel deep behind enemy lines in the Eastern Deserts of Mordor.

Raise an Easterling Army to open a new front in the Shadow War.

Rendezvous with Torvin, the epic Dwarven Hunter, who journeyed deep into the Desolation of Mordor in pursuit of the legendary Were-wyrms.

We've got a few guides and details about the game's other DLC packs over at the game's hub page here. Our original review of the game is here.

Take control of your enemy's mind in Middle-earth: Shadow of Mordor

Series
The Lord of the Rings