It looks like Sega is looking to ride that sweet, sweet bandwagon as they announced they are currently working on a Mega Drive Mini (also known as the Sega Genesis Mini) during the Sega Fes event that just wrapped up in Japan. This is in honor of the Mega Drive's 30th anniversary that is being celebrated this year. So far, they have only said it will be released in Japan sometime later this year.

While they were careful to say the name for the micro-console is only tentative, it nevertheless gets the message across that we will be able to play several classic Mega Drive titles by plugging it directly via HDMI to our TV sets. Unfortunately, Sega did not reveal what titles we will be enjoying on this platform, but can we finally get all four Phantasy Star titles in one collection finally? That would be nice. 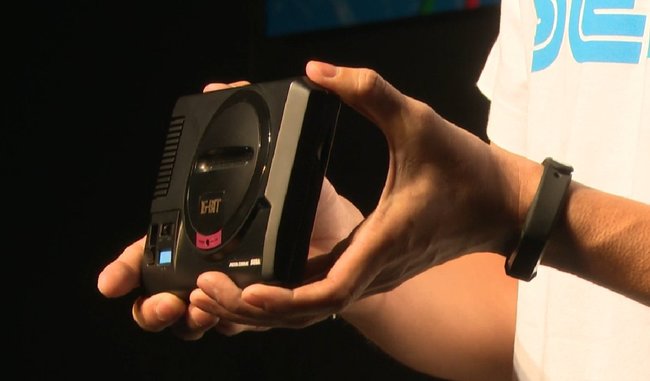 Update (04/14/18): AtGames, who previously worked with Sega on a number of compilation systems including last year's Sega Genesis Flashback HD, have confirmed via Twitter they are once again working with the company on the upcoming Mega Drive Mini though they did not share any additional info:

"The rumors are true! Sega is going to release the Mega Drive Mini in Japan, powered by the latest AtGames technology. This same new and improved technology will find its way into the US and other territories later this year! #MegaDriveMini"

AtGames has had a bit of a spotty record when it comes to these bundled systems with people complaining about bugs and sound quality issues, but hopefully, they really nail it this time if Sega wants to capitalize on this trend.

Sega Genesis Classics Announced - Here are the RPGs in this Collection

Mega Drive Collection filter can be turned off, say Sega

Sega Corporation, usually styled as SEGA, is a multinational video game software manufacturer, headquartered in Tokyo, Japan. The company had success with both arcades and home consoles, but restructured itself, and left the consumer console business to concentrate on software development for multiple third-party platforms on January 31, 2001.