Earlier this month, developer Broadsword (who is the current showrunner) announced that Ultima Online has received a brand new update called Endless Journey which lets players experience the core features of the game without having a paid subscription.

You are eligible to participate if you are either new to the game entirely or had a previously paid subscription (otherwise known as a veteran account) that has been closed for at least 120 days. Those who participate will receive complimentary access to all the Ultima Online expansions up to Stygian Abyss, the eighth expansion pack originally released back in 2009. The ninth and most recent expansion, Time of Legends, was released in 2015.

On your Endless Journey account, you will be able to access Quests, Community Collections, The Virtue System (except Justice), City Loyalty (except elections), Bulk Order Deeds (except bribing), Cleanup Britannia, Zoo Donations, The Void Pool, and other features.

Those who are on an Endless Journey account are able to upgrade to a veteran account at any time, and have access to the in-game Ultima Store filled with vanity items. There are also no restrictions on your character's skills and stats. The only downsides (aside from the points mentioned above) is that you can't own any housing, secure containers, and cannot claim veteran or other promotional awards.

For more information regarding Ultima Online: Endless Journey, be sure to check out the official website for further details. 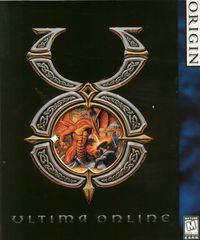