Nintendo Switch Online will launch on September 18, here are all the details.

When Nintendo Switch was originally revealed, it was noted that the system would eventually require an online subscription to play games online. While said service has been delayed multiple times - Nintendo has finally given us some more concrete details for how the service will work, and how much it will cost, when it launches on September 18. 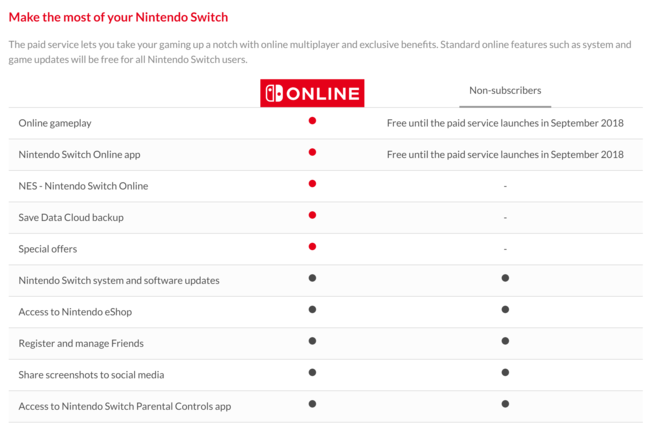 Online Play is rather self-explanatory. Players will be required to purchase the subscription to play their games online, much like how things currently are on PlayStation 4 and Xbox One. Notably, Nintendo lists in the FAQ that the subscription is only guaranteed to be required for 1st party titles; whether or not a game will require the subscription for online play is up to the publisher.

The previously announced updated NES games service for subscribers has been further detailed with today's information. The service will start with 20 games, with titles such are the original Mario Bros and Legend of Zelda leading the pack. Much as originally announced, players will be able to play the games online, though with today's announcement we have learned that players will also be able to share their screen or even let others take control of the game while playing online. The Nintendo Switch Online phone app will also support voice chat for players while using this service. While the subscription is active, all of the games will be playable - and Nintendo has pledged to add even more titles to the service for the future. 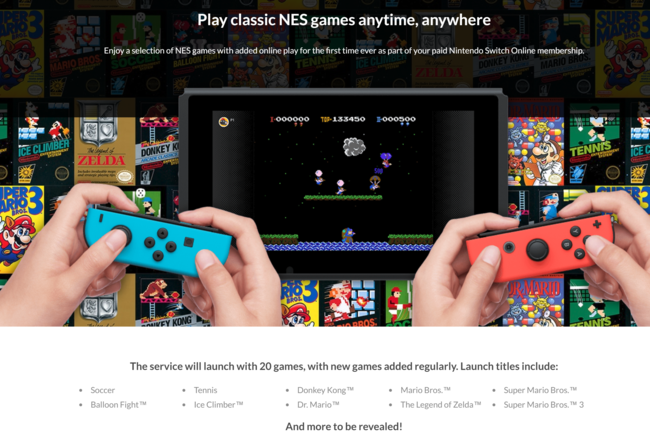 Cloud saves are about what you'd expect. Nintendo hasn't detailed what, if any, limitations the system will come with yet. Both Sony and Microsoft have a limited amount of storage for user save data, so it will be interesting to see Nintendo's approach to that problem. Nintendo states that more details about this service will be revealed before the paid service's launch. As was previously announced, the Nintendo Switch Online phone app will eventually require the paid subscription service, and it will still be used for voice chat on the Switch.

Besides all of that, Nintendo claims that there will be other perks for purchasing a subscription that will be revealed at a later date.

Inevitably there's more that Nintendo has to share about their upcoming online service, but at least we've finally got some concrete plans for the subscription as we lead into next month's E3. Nintendo's paid online service launches this September.

Undertale launches on the Nintendo Switch on September 18

Here are the details on Assassin's Creed Origins post-launch content

Moonlighter will launch for the Nintendo Switch on November 5