At the Square Enix Showcase earlier today, Square Enix unveiled a third new Kingdom Hearts III trailer. The first one was unveiled for only fans who attended the Kingdom Hearts Orchestra -- World Tour -- concert that took place two days ago in Los Angeles (which we have reviewed here). The second one was shown to those who attended the Microsoft conference yesterday. This new trailer, which you can watch below, is actually a combination of those two trailers, allowing fans to see the entirety of the footage that Square Enix planned to show for the game this year.

If you would like to go unspoiled for Kingdom Hearts III, we recommend that you don't watch the trailer since it reveals some key plot points that fans can look forward to in the game. Kingdom Hearts III will be releasing on January 25, 2019 in Japan and January 29, 2019 in North America and Europe on Xbox One and PlayStation 4. Be sure to follow RPG Site for all future news regarding the game! 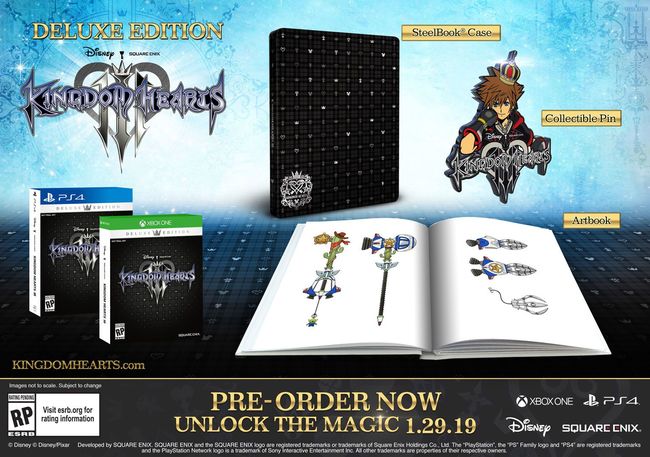 Square Enix revealed a special edition for Kingdom Hearts III, which runs for $79.99/€89.99. You can buy the Deluxe Edition is available on Amazon (PlayStation 4, Xbox One) and includes the following: 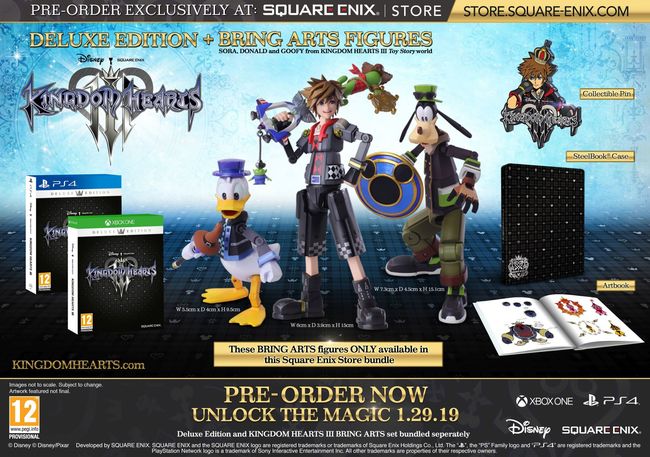 This Special Edition is available only on the Square Enix store, which adds three figures to the contents of the Deluxe Edition. For $229.99/€229.99, you can get the game plus figures for Sora, Donald, and Goofy as they appear in the Toy Story world. Note that this appears to be a "Soft Bundle", which packages the figures separately from the Deluxe Edition of the game.