We at RPG Site are teaming up with GOG to offer a chance for you to win either a free DRM-free copy of Dragon's Dogma: Dark Arisen, Trails of Cold Steel, or Trails of Cold Steel II. A total of 115 winners will be chosen, and entering the giveaway is easy, just click the following link to enter the raffle.

You can get five entries into the giveaway. One for visiting GOG's store page, two for following @GOGcom and @RPGSite on Twitter, and two more for simply visiting our Facebook pages. All you have to do is click the links and connect your Twitter account to get the maximum of five entries.

You should receive an email confirming your entry, and after June 18 you might find yourself with a free game. Find details on Dragon's Dogma and the Trails of Cold Steel games below. The games won will be chosen at random.

RPG Site also has a collection of our favorite titles on sale for a little while longer. You can check out our Collection Page to see some of the best deals for RPG fans. 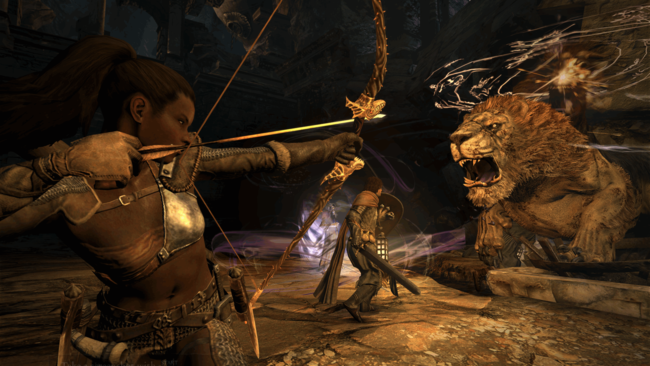 Set in a huge open world, Dragon’s Dogma: Dark Arisen presents a rewarding action combat experience. Players embark on an epic adventure in a rich, living world with three AI companions, known as Pawns. These partners fight independently, demonstrating prowess and ability that they have developed based on traits learned from each player. Players can share these Pawns online and reap rewards of treasure, tips and strategy hints for taking down the terrifying enemies. Pawns can also be borrowed when specific skills are needed to complete various challenging quests. 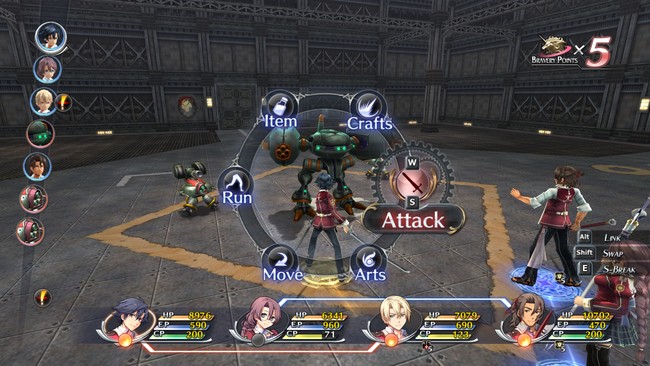 Among the nations on the Zemurian continent, the mighty Erebonian Empire has been quick to outwardly stake its claim militarily; yet politically, ugly bouts of internal conflict between the upper class and commoners attempting to rise to power have been steadily intensifying day by day. The Noble and Reformist Factions have been none too kind to one another over the years, and tensions between the two only stand to worsen if compromises aren’t made in the very near future. Rean Schwarzer, like any other citizen of the Imperial Nation, is no stranger to these rising conflicts: the class system has been deeply embedded into the hearts of every Erebonian since the days of old. As a seventeen-year-old student preparing for his new life at Thors Military Academy, however, he notices that his crimson uniform differs from the standard ones issued to his peers—typically green for commoners, and white for nobles.Enter, Class VII of Thors Military Academy. For the first time in the prestigious academy’s history, rank means nothing and skill means everything. With nine hand-picked students of various backgrounds and abilities, Rean included, Class VII readies itself to dive deep into the political quagmire that threatens not only them, but the Empire as a whole.

Taking place on the same continent as the fan favorite Trails in the Sky offshoot of Nihon Falcom’s storied The Legend of Heroes franchise, Trails of Cold Steel (Sen no Kiseki in Japanese) is the first in the series to tread Erebonian soil and explore the inner political conflicts of this oft-mentioned powerhouse nation in detail. Delve into the expansive lore that has become synonymous with the series, enjoy school life and bond with fellow students to earn new abilities in battle, take advantage of speedy, tactical turn-based combat with the newly-developed “ARCUS” system, and uncover dramatic events that stand to change everything these two opposing social classes stand for. 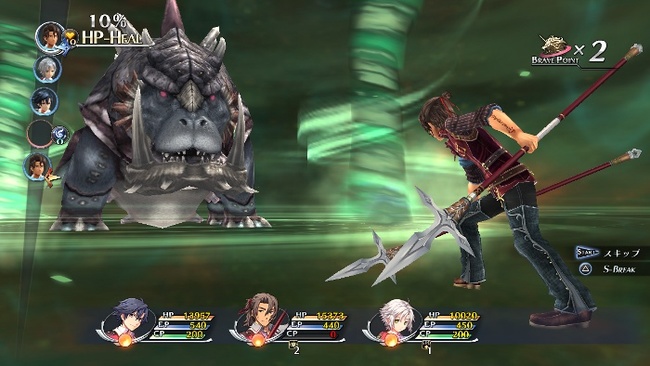 Peace is but a memory. In the wake of the Noble Faction’s occupation of Heimdallr, civil war has broken out across Erebonia. The provincial armies, loyal to the aristocracy and the Four Great Houses, have claimed many of the nation’s great cities in the name of the Noble Alliance. The Imperial Army, called back from the four corners of the Empire, has only just begun its sweeping counterattack.After Rean managed to escape Trista with Celine and Valimar, he awakens in the mountains near his hometown uncertain what fate befell his friends, who bravely threw themselves in harm’s way to buy him time to flee.

Though the road will not be an easy one, Rean decides to take up his sword again, journeying across Erebonia with his Divine Knight, Valimar, in search of his friends from Class VII and a way to end the conflict before its price becomes far too dear…Taking place on the same continent as the fan favorite Trails in the Sky offshoot of Nihon Falcom’s storied The Legend of Heroes franchise, Trails of Cold Steel II (Sen no Kiseki II in Japanese) is a direct sequel to Trails of Cold Steel, picking up one month after the decisive collision that changed the fate of the entire nation of Erebonia. The speedy, tactical turn-based combat with the newly-developed “ARCUS” system returns with all the bells and whistles together with the new Overdrive mode, new means of transportation both across the land and sky, new allies, new dangers, and a renewed sense of hope as Rean tirelessly works to right the wrongs that have led the country to disarray.