InXile Entertainment has announced that The Bard’s Tale Trilogy - a remaster of the three classic 1980s dungeon crawlers - will first see release next week on August 14 for $14.99. The three included titles will launch in sequence, with the first game, Tales of the Unknown, available at launch, and the second and third volumes releasing later this year. The remaster will be available on both Steam and GOG.

Developed by Krome Studios, production of the remaster had to overcome various hurdles as no complete original source code was available to work with and each of the three games worked differently from each other - not to mention how each game worked on the various platforms the trio originally released on.

Find a trailer, fact sheet, and set of screenshots below:

Features of The Bard’s Tale Trilogy include:

Partnering with Australia-based Krome Studios, The Bard’s Tale Trilogy is an ambitious undertaking for inXile, especially as no complete source code for the original games could be found. Not only that, each game worked and looked differently depending on its platform, and each title was different in many ways from the others. Often times, it was discovered that features in some versions of the games were present but had no actual functionality.

“If archaeology and game development had a baby, it would be this project,” said Lindsay Parmenter, Head of Development at Krome. “By studying the code across different versions of the game, we were able to piece together developer intent and recreate it. Of course, having access to some of the original team members helped, too!”

inXile CEO Brian Fargo added, “We were extremely limited in what we could do in the 1980s. This is an opportunity to truly realize the vision that the original dev teams had, and in some cases fix a few bugs that are over thirty years old. Even with all the challenges this project presented, we’re thrilled with how this has turned out, and we can’t wait for our fans to start playing this.”

Ghost of a Tale to be released on March 13

The Bard's Tale IV: Barrows Deep version 2.0 will be called Director's Cut, to release in June 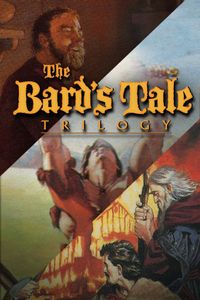