Shenmue I & II - What is Shenmue? Episode 3: Combat & Mini Games

In the third and final part of an ongoing series produced by Sega, lead character Ryo Hazuki's voice actor Corey Marshall has been walking the audience through the history of the Shenmue series ahead of next week's release of Shenmue I & II, a remastered compilation of both titles.

As part of this video, Corey walks us through combat systems and the different mini-games players can spend time with inside the world of Shenmue. Here's a rundown of the footage provided by Sega:

Ryo Hazuki is a Jiu Jitsu master-in-training, spending his spare time busting up the bad guys or sparring with his friends. In Shenmue I & II, you'll use and unlock real Jiu Jitsu moves that you can level up throughout and transfer between both games – which will come in useful as the enemies become tougher throughout the saga. Beyond stunning Jiu Jitsu moves, you will need great reflexes to progress through Ryo's quest of retribution. Players will be able to experience first-hand the very first Quick Time Events, which Shenmue introduced to the gaming world.

But it's not all about street fights and martial arts practice for Ryo – he must unwind as well. Shenmue's arcades have fully working versions of all-time classic games, so you can try your hand at Space Harrier – and if outside activities are more your thing, enter a forklift (or duck) race.

You can catch the new video below:

Shenmue I & II will be released in North America and Europe on August 21 for PlayStation 4, Xbox One, and PC. You can check out the two other videos in the series here and here. 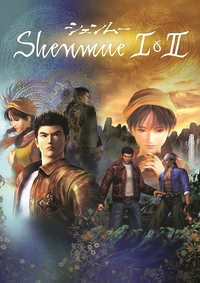