Sony reveals the PlayStation Classic, a minitiature version of the PS1 coming December 3 for $99

Sony Interactive Entertainment today has announced the PlayStation Classic on their official blog. This console variant will be a miniature version (Approximately 45% smaller) that resembles the launch PlayStation model from 1994 and set to launch on North America, Europe, and Japan for December 3 at a retail price of (99 USD / 129 CAD / 99 Euros / 9,980 yen).

As you would expect from a product such as this, you will be able to hook up your PlayStation Mini to your TV or other external display by simply plugging the system that supports HDMI input.

Included with the package is an HDMI cable, micro USB cable, two original PlayStation controllers (before the dual analog sticks were implemented), and 20 preloaded titles. One thing to note is that it doesn't come with an AC adaptor, so if you don't have a USB port to plug in, you will need to purchase an AC Adaptor separately to get this console running. You can also check out the official specifications if you need more information about the system.

As of the right now, the games that were confirmed to be included for the US version is:

More titles will be revealed in the coming days. For now, check out the announcement trailer below:

Advertisement. Keep scrolling for more
Post to TwitterPost to FacebookPost to RedditPost to Tumblr
Enjoyed this article? Share it!
In this article
PlayStation 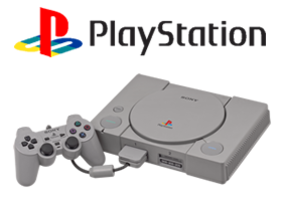 Famed Japanese electronics manufacturer Sony enters the home console market with their CD-based PlayStation system, capable of more realistic music and visuals than the world of home gaming has ever seen.