One month and one dozen hotfixes after release, Pathfinder: Kingmaker is revving up for a major 1.1 update

To say that Pathfinder: Kingmaker released in an unpolished state would be a bit of an understatement. For my review of the game, I wasn't even able to finish, due to being blocked out the primary questline. Without exaggeration, similarly botched releases such as Knights of the Old Republic II put Kingmaker to shame in terms of polish, at least I could finish that one. Even Ys VIII's much-maligned PC version was largely fixed a month after launch. Kingmaker might require a little bit more time buffing out the rough patches than any released game we've seen in a long time.

However, it is still commendable the extent at which the team at Owlcat has sought to make amends, patching up the holes in Kingmaker as often as three times a week. A little over a month after originally launching in late September, today's 1.0.14 hotfix (yes, that's 14 patches in a little over a month) not only continued to stomp out broken quests and provide a bevy of needed fixes, but it also announced that an even larger scale update for the release is underway in the form of a 1.1 update.

You can read all of Kingmaker's numerous patch updates at the game's Steam page, but we've included the relevant information about the impending 1.1 release below:

To release the 1.1 version we have to refocus the team effort from making frequent hotfixes to working on this big patch. It would take a whole week at minimum to test every aspect of our complex game. That means we need to reduce the frequency of hotfixes and the amount of fixes they consist of during the next 1-2 weeks (although we will definitely attempt to address the most critical issues whether they arise).

Once the Release 1.1 version will be close to stable, we plan to make it available for everyone in special beta branch. We would welcome those players who are interested to check the new version before it released. The detailed instruction how to play the Release 1.1 beta will be available soon.

Pathfinder: Kingmaker is a game I want to be able to freely suggest to my friends looking to play an ambitious, large-scale rpg, but it's not one I can guiltlessly recommend right now with so much work still being put into the core experience. Luckily, we live in an age time where broken games aren't doomed to be busted forever. 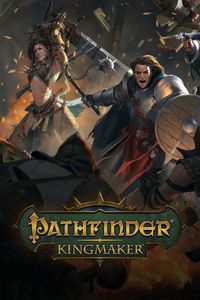