Date A Live: Rio Reincarnation releases in North America and Europe in Summer 2019 for PlayStation 4 and PC

Idea Factory International has announced that they will release visual novel Date A Live: Rio Reincarnation for PlayStation 4 and PC in the West in Summer 2019. The PlayStation 4 version will release both physically and digitally, and the game features original Japanese voiceovers. The official website has also been opened.

Date A Live is a still-ongoing Japanese light novel series that originally debuted in 2011, and it has spawned seasonal anime adaptations as well as an anime movie. A third season of the anime series is scheduled to debut in January 2019.

Date A Live: Rio Reincarnation is a VN adaptation of the same light novel series. It originally released in Japan in 2015 for PlayStation Vita and was ported to PS4 in 2017 as Rio Reincarnation HD. It is a combination of the first two Date A Live games - Rinne Utopia and Arusu Install - which were Japanese-only PS3 titles, plus a third new sequel chapter.

Find a fact sheet and screenshot set from Idea Factory International below. Idea Factory states "Two CG scenes were modified for the PS4 version, while the Steam version will remain unedited. Please note that the gameplay for both games has not changed from the Japanese version."

A brand new character named Rio appears, who calls Shido "Papa" and is searching for the “most important thing.”

After having escaped nearly being trapped in a virtual reality, Shido is afflicted by a strange feeling.
A disturbance in the world in which he lives. Someone is out there... He cannot shake the helpless, uncomfortable feeling. This strange feeling persists... A new paradise. A girl who has the same last name as Rinne - Rio Sonogami. The girl, along with Marina... for the sake of everyone's happiness, they wander in search of "the most important thing." 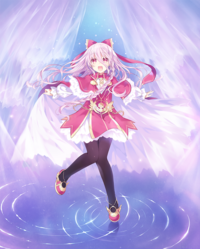