Eastasiasoft has announced that they will be bringing Chinese RPG Sword and Fairy 6 to PlayStation 4 for North America and Europe. The game will launch on the PlayStation Store in North America on April 2 for $26.99 and in Europe and Asia on April 3 for €26.99. A physical edition of the game will be available only as a Limited Edition exclusively through PlayAsia with pre-orders opening on February 21.

Sword and Fairy 6 became the first game in the long-running Sword and Fairy RPG series (sometimes called Chinese Paladin) playable in English in November 2017, when the PC version released on Steam with English text support.

Sword & Fairy 6 is an RPG set in a stunning world of Chinese heroism & fantasy come to life.

Embark on a journey to uncover ancient secrets and slumbering beasts in a world torn by warring factions and deception. Freely explore a world of hidden items and abandoned paths while customizing your party and weapons to your heart’s desire!

Choose the playstyle of your characters and weapons, combining unique attributes and combinations – and even morphing the way your weapon looks and attacks!

Fuse real-time and turn-based combat to one, with options to freely select what suits your playstyle. Command the battlefield with strategic formations on your quest for answers! 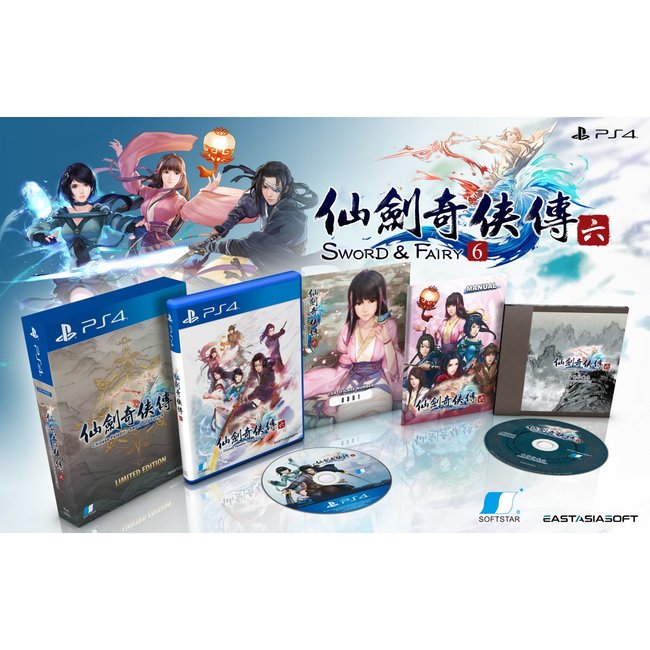 Chinese Paladin: Sword and Fairy 6 to receive English support in November 15 for PC

Ys: Memories of Celceta to release on PlayStation 4 in North America & Europe in Spring 2020

Series
Chinese Paladin / The Legend of Sword and Fairy