Borderlands 3 releases on September 13 for PlayStation 4, Xbox One, and Epic Games Store

Following its teaser announcement last week, 2K Games and Gearbox Software have formally revealed Borderlands 3. The self-described 'shooter-looter' will launch on September 13 for PlayStation 4, Xbox One, and PC via the Epic Games Store. Gearbox notes that the game will be available on 'additional PC digital storefronts' in April 2020. 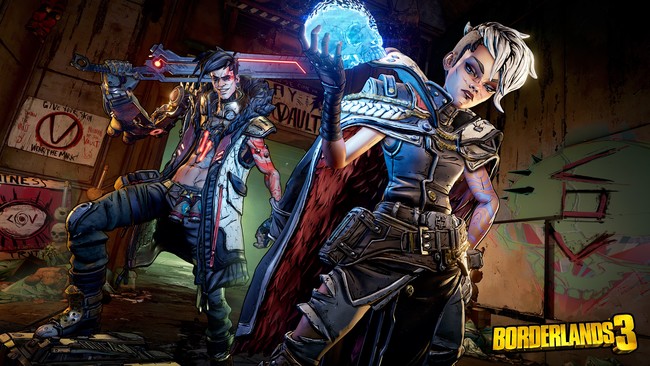 Gearbox has released lots of information regarding the game, special editions, PC storefront exclusivity, and media. We have all the details posted below. Gearbox will also hold a ' Gameplay Reveal Event' livestream on May 1.

The original shooter-looter returns, packing bazillions of guns and an all-new mayhem-fueled adventure! Blast through new worlds and enemies as one of four brand new Vault Hunters–the ultimate treasure-seeking badasses of the Borderlands, each with deep skill trees, abilities, and customization. Play solo or join with friends to take on insane enemies, collect loads of loot, and save your home from the most ruthless cult leaders in the galaxy.

What’s Back and Better Than Ever (Franchise Features)

PC Gaming on Steroids in Collaboration with AMD and the Epic Games store:

Developed from the ground up with AMD, Borderlands 3 will take full advantage of the most powerful PC hardware available, and is optimized for top performance and incredible gaming experiences on AMD Radeon™ graphics cards and Ryzen™ CPUs.

“The PC gaming community has been an important part of the success of the Borderlands series, and we are excited to be partnering with Epic who recognize its worldwide popularity and share in our commitment to bring Borderlands 3 to this rapidly expanding audience,” said Ismailer. “Our mission, in addition to delivering the most engaging and captivating entertainment experiences, is to embrace new distribution platforms that will contribute to our effort to grow the audience for Borderlands 3.”

You Want Loot? You Got It.:

With multiple editions chalk full of digital bonus content and physical goodies, you can pick the loot-splosion that’s right for you – and pre-orders are live now!

The Borderlands 3 Standard Edition includes the base game.

The Borderlands 3 Deluxe Edition includes the base game, as well as bonus digital content:

Celebrate the return of the original shooter-looter with the Diamond Loot Chest Collector’s Edition, a swag-splosionof collectibles digistructed straight from the worlds of Borderlands 3 – available at GameStop.

This edition includes the full game, season pass, and all bonus digital content and pre-order bonus of the Super Deluxe Edition, plus:

Borderlands: Game of the Year Edition announced, releases on April 3 for PlayStation 4, Xbox One, and PC

Mortal Shell launches on August 18 for PlayStation 4, Xbox One, and PC via Epic Games Store