It has been a long while since we last heard of Studio Istolia's Project Prelude Rune after a teaser trailer of the upcoming RPG was shown last September. While this project was headed by Hideo Baba, who previously worked on Tales of series at Bandai Namco, it is no longer the case.

Japanese game news sites have received a statement from Hideo Baba that he had resigned from his position as the representative director of Studio Istolia on December 31, 2018, and he had also left Square Enix as of March 31, 2019. His statement, which was published at Famitsu and Dengeki, reads as follows:

On this occasion, I hereby report that following changes in Studio Istolia Co., Ltd.'s management policies, I have resigned as the representative director on the last day of December 2018 and gave the way to my junior staff. Furthermore, I have also left Square Enix Co., Ltd. on the last day of March 2019.

While Hideo Baba has noted that his junior staff has taken up his position at Studio Istolia, the clear fate of the new RPG Project Prelude Rune remains unknown. We will have to wait for Square Enix to clarify the status of this project. 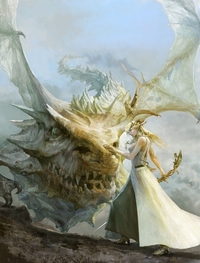