Nippon Ichi Software to publish Imageepoch JRPGs in the US

Nippon Ichi Software's American arm has announced that it's to partner with newly christened publisher Imageepoch, who last week pledged to release a ton of new Japanese RPGs.

In a statement to the press, Nippon Ichi USA's President Haru Akenaga said he was "excited" about the partnership, which would see Nippon Ichi bringing Imageepoch's RPGs to the US, going on to state that the "philosophy of creating games" is what made Imageepoch such an attractive business partner for Nippon Ichi.

It's likely that both the recently announced Final Promise Story and Black Block Racer will make it West thanks to this new deal, though no official announcements have been made yet. We'll bring you the latest as we get it, as always!

Saigo no Yakusoku no Monogatari 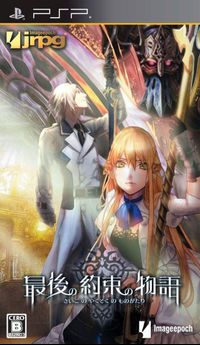