Kingdom Hearts III Critical Mode and New Game Plus updates 1.04 and 1.05, all the details

Square Enix has released the first major post-launch update for Kingdom Hearts III, bringing the anticipated Critical Mode difficulty option to the game, as well some New Game bonuses and other fixes.

This newest update comes in two parts - 1.04 and 1.05 - which comes to about a 692 MB download on PlayStation 4. The former deals with Critical Mode and some other adjustments, while the latter adds a New Game Plus functionality and increases the photo limit. 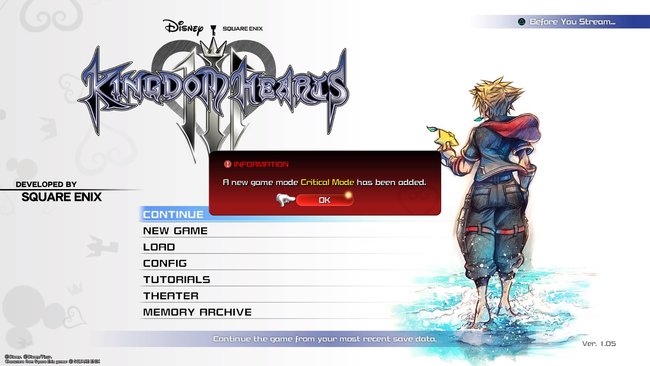 Here are the official English patch notes for Version 1.04 and 1.05. For those who might be wondering, neither of these updates bring any new PlayStation trophies or Xbox One achievements.

So what exactly does Critical Mode entail? According to Square Enix, Critical Mode "cuts Sora’s HP and MP in half and decreases the frequency of situation commands and magic that Sora and team can use."

However, Sora gets a few special abilities in Critical Mode to help balance the increased difficulty. These abilities, like any other, can be toggled on and off: 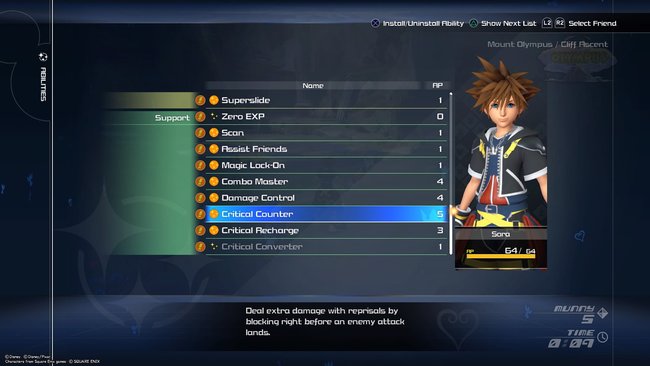 As for replaying the game, what specifically does the game allow players to carry over into a New Game? As stated in the patch notes, players who choose to can use any Keyblade right off the bat at the start of the game. However, it's worth mentioning that keyblades brought into a new game will not be powered up, so you'll still have to recollect materials to boost your weapon stats. The only other thing that can be brought into a replay are unlocked Selfie Poses. 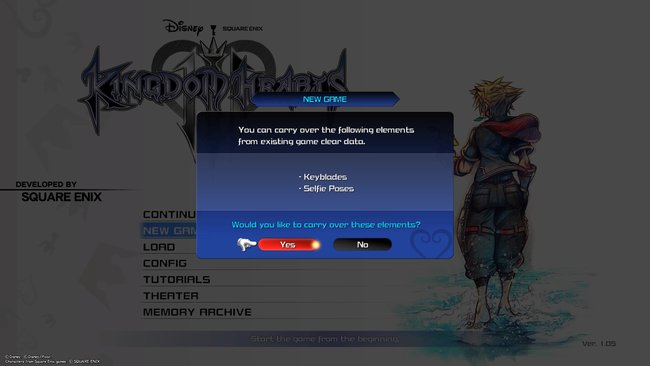