Wizardry: Labyrinth of Lost Souls launches for PC on May 29

Wizardry: Labyrinth of Lost Souls is a first-person dungeon crawler originally released in Japan for PlayStation 3 back in 2009 before getting an English release in 2011. 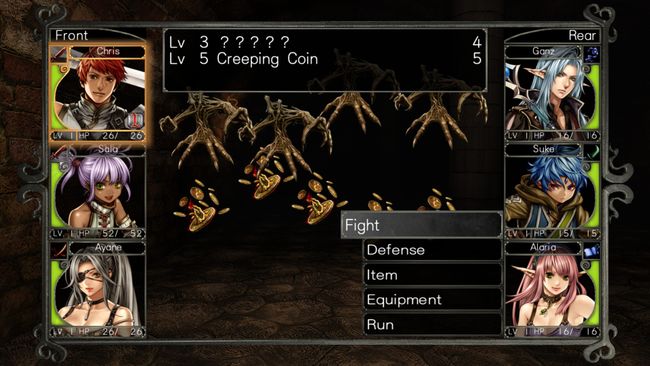 This PC port includes a few additions to the PS3 release such as support for multiple resolutions, keyboard/mouse control, and a turbo mode to speed things up. All the DLC items from the original release, which included a level cap increase and some bonus dungeons, will also be included in the PC version.

Find an announcement trailer, overview, and set of screenshots via XSEED below.

An old-school challenge in a crisp and colorful package, Wizardry: Labyrinth of Lost Souls revitalizes the time-honored formula of the original dungeon crawler series with modernized visuals and sound.

Choose each of your six team members’ class, race, gender, and moral alignment, then delve into one of several dungeons near the central town hub. Advance with caution — monsters are vicious, deadly, and attack in packs. Plan each expedition carefully, stay focused on your objectives, and know when to retreat to the surface.

In between expeditions, chat with the locals, pick up new quests, pray for guidance at the temple, go bargain-hunting for new/rare equipment, and more. With patience, skill, and careful planning, your party will rise from a gang of paupers to a mighty force.
The magic torches are lit, the monsters are ravenous, and the kingdom is waiting for a new hero. Enter the world of Wizardry: Labyrinth of Lost Souls and experience a classic adventure reborn.

Your Party, Your Way
Choose from eight classes and five races to build a six-person team with diverse but complimentary skill sets. Change their classes in mid-adventure to fit your needs, or focus on leveling up their primary class to earn bonus skills for the party’s benefit.

So Beautiful and So Dangerous
Tangle with a menagerie of over 100 distinctive monsters, from the traditional to the bizarre, all drawn by famed series illustrator Jun Suemi. The game also features character illustrations by renowned commercial artist Yuki Hayabusa.

Conquer the Dungeons
Every step through the underworld is fraught with danger, and one wrong move can end your adventure. But if you have the grit to withstand what the dungeons throw at you, both you and your party will gain enough experience to stroll through them like you own them.

Wizardry’s Rebirth on PC
The PC remaster of this classic originally released for PlayStation 3 features English and Japanese text with the original Japanese voiceovers, high-resolution graphics, and a brand new Turbo Mode to make exploring the game’s massive dungeons a breeze. All story DLC is included, and players can download the Growth Fruit DLC for free to give themselves a boost when creating characters.

Wizardry: Labyrinth of Lost Souls launches for PC on January 15