The development of Final Fantasy VII Remake has been long in the making. It was first unveiled at E3 2015, so it's great that we finally have a release date. While Square Enix recently indicated the game would still be sold in episodes, the English press release today makes no mention of the game being partitioned in any way.

On the Square Enix website, the press release includes a new image of Sephiroth and reads:

Rebuilding and expanding upon the legendary RPG for today, FINAL FANTASY VII REMAKE tells the story of a world fallen under the control of the Shinra Electric Power Company, a shadowy corporation controlling the planet's very life force as mako energy. In the sprawling city of Midgar, an anti-Shinra organization calling themselves Avalanche have stepped up their resistance. Cloud Strife, a former member of Shinra's elite SOLDIER unit now turned mercenary, lends his aid to the group, unaware of the epic adventures that await him. 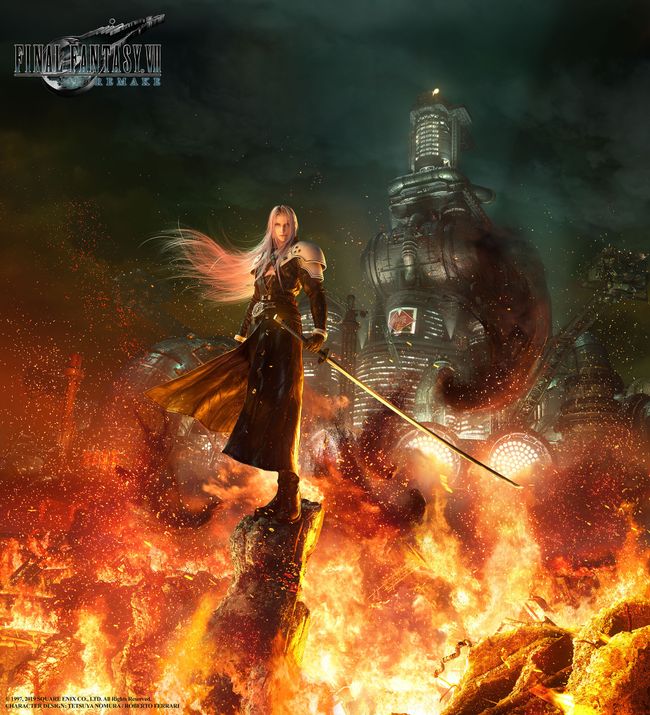 The trailer was initially only shown to concert goers, but it's since been uploaded and you can watch it below. We'll be sure to see more of the game tomorrow during Square Enix's conference.