Koei Tecmo has revealed even more information for Nioh 2 in a live stream held today at TGS 2019, as well as an extensive press release that was published first at Famitsu.

Nioh 2 takes place in the year 1555, long before Tokugawa Ieyasu unified Japan in the first game. You, as the protagonist, were born between a human and a yokai, and you work as a mercenary fending yokai off. One day, you defeated a ferocious yokai, but your own yokai power goes berserk shortly afterward. It was Kinoshita Toukichiro, an Amrita-selling peddler, who was able to bring your power back into control. 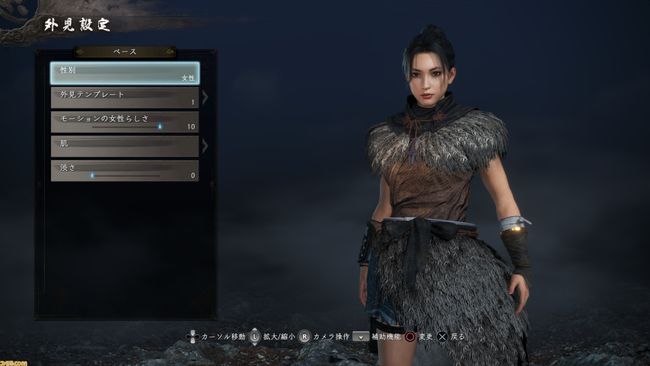 With the avatar character creation feature, you will be able to create the protagonist as you see fit. You can also create a female avatar, or you can even color your teeth black. At some point within the game, you will be also able to visit a place where you can change your avatar's looks on the spot.

A couple of Japanese live actors serve as models for characters in the game. The aforementioned Toukichiro will be played by Naoto Takenaka, and the game's heroine - a fictional yokai hunter known as Mumyo - is being performed by the actress Haru. More Sengoku-era characters will also appear in this game, including a younger Oda Nobunaga who will be now voiced by Kazuhiko Inoue. 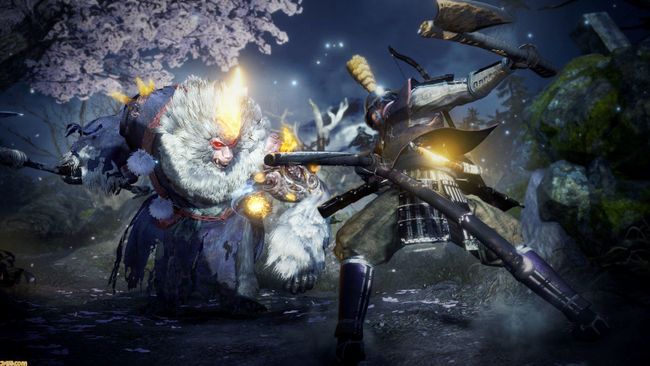 More new gameplay features were also revealed at the stream. In addition to the HP and Stamina gauges, there is a new third gauge dedicated to Yokai Stamina which lets you unleash Yokai-related actions. Strong enemies may unleash the Dark Realm, a much broader Yokai Realm which gives an advantage to yokais and a disadvantage to humans, encouraging the protagonist to transform into a Yokai at this phase.

The development team stated in the stream's Q&A session that all weapons from the first Nioh should return with new moves added, while also teasing brand-new weapons to be added as well. Other than allied specters, the online co-op system has also been expanded to support up to 3 players in the same session. Finally, there will be also some bonuses to those who have played the first Nioh. And although they can't exactly say right now if William will make a return in this sequel or not, they want people to look forward to more information in the future.

Meanwhile, Creative Director Tom Lee at Team Ninja once again took to PlayStation Blog to talk about the new trailer for Nioh 2.

As you begin this adventure, we introduce you to a gorgeous new area which we call The Village of Cursed Blossoms. This is the opening level of Nioh 2, and as the name suggests, it’s an amalgamation of natural beauty and menacing peril. These disparate themes play a major role throughout Nioh 2… but more on that later.

As developers creating a game founded on Japanese aesthetics, we’ve always hoped to design a level covered by cherry blossoms in full bloom. So it brings us great joy and satisfaction to finally make it a reality in Nioh 2. Lucky for us, a well-known area for sakura trees called Chidorigafuchi is right next to the Team Ninja studio! This gave us the opportunity to refine our visuals with great detail and accuracy.

You can find more at PlayStation Blog. New screenshots can be found in the below gallery.

Koei Tecmo and Sony Interactive Entertainment have posted the Tokyo Game Show 2019 trailer for Nioh 2, giving us a release window of Early 2020.

Check out the footage below. The official website can be found here.

Survive a brutal blend of Japanese myth, legend, and history.

Master the lethal arts of the samurai as a mysterious half-human, half-supernatural Yokai warrior, in this challenging action RPG sequel.

Unsheathe your deadly weapons and cut down all enemies in your path using a revamped combat system and the ability to transform into a full Yokai to unleash devastating paranormal powers.

You can find some screenshots and a key art released ahead of Tokyo Game Show here.