Human Head Studios has announced that Rune II will launch for Epic Games Store on November 12. A Steam release seems to be set for 2020 according to the store page.

Rune II is an open-world action RPG in a Norse setting inspired by the original Rune. At the game's onset, you decide which Norse god to declare allegiance to - Odin, Thor, or Hel - in a quest to stop Loki from destroying Midgard. Your abilities will vary depending on your choice, such as wielding a lightning hammer, the ability to generate ice spikes, or the ability to call ravens to your side. The game features solo play and online co-op. 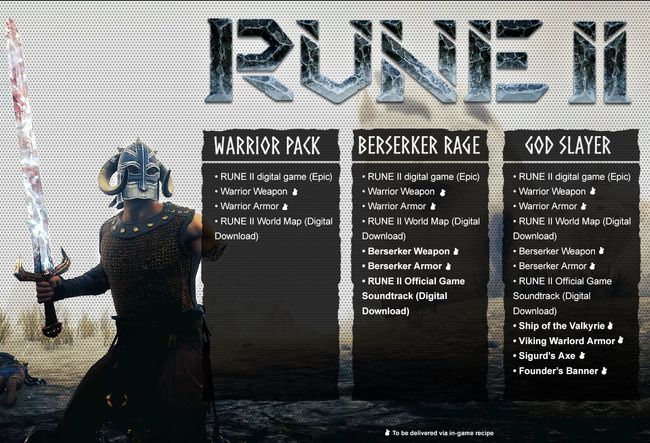 Three different purchase options are available through the Epic Games Store, with the base game starting at $29.99.

Find a trailer and screenshot set below. You can find the announcement information from May 2019 here.

Which god will you choose to champion in Midgard to race against time and stop Loki? Will you choose to align with the mighty Thor and call forth the power of his lightning hammer? Or will you pledge your allegiance to the dark Hel to cast a wave of ice spikes to impale your foes? Perhaps summoning a swarm of ravens blessed by Odin to attack and antagonize enemies on the battlefield suits you best? Watch the trailer and decide which deity you will choose when RUNE II releases on November 12, 2019.

Operencia: The Stolen Sun launches on March 29 for Xbox One and Epic Games Store

Bug Fables: The Everlasting Sapling launches on November 21 for PC via Steam