Yakuza: Like a Dragon details Part-Time activities and Company Management

Sega has posted new information and screenshots for Yakuza: Like a Dragon, showcasing another option in the previously detailed Delivery Help summon system as well as part-time jobs. A recent issue of Famitsu magazine also detailed Company Management.

Check out the part-time job, delivery help, and company management info below. Yakuza: Like a Dragon will be released for PlayStation 4 in Japan, South Korea, and China on January 16, 2020, A localized English release will follow for North America and Europe later in the year. 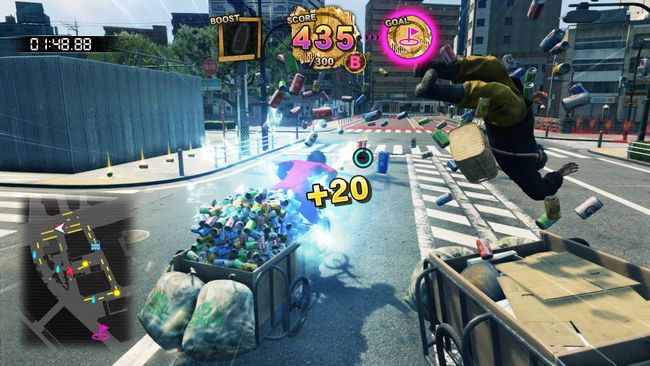 Survival Can Pickup: This is a job introduced to Kasuga by Namba at the beginning of the story in order to get some money to start with. Reach the goal by collecting at least a specified amount of empty cans dropped in places like roadsides and empty lots, and you will earn Eco Points that can be traded for various items. There is a minimap where you can check the location of dropped cans as well as a rival rider that also collects cans. You can even hit the rival with a boost dash to steal their collected cans. 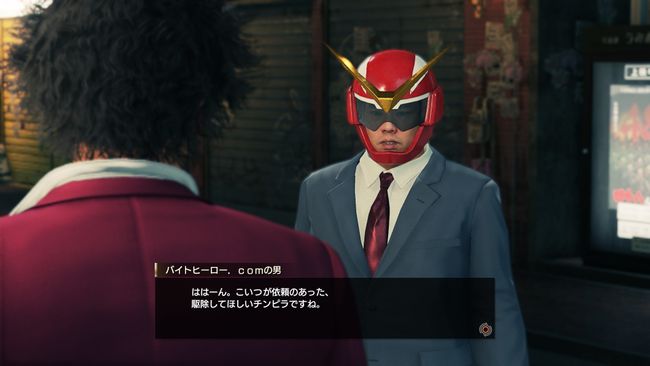 Kasuga can register on a dispatch work service known as BeitHero.com (where the company president wears a hero mask) to start receiving quests. There are 3 types of quests available:

After finishing the requirements, report to the company president to finish the quest and get rewarded money, items, and Member Points that will eventually raise your Membership Rank and unlock more difficult quests. 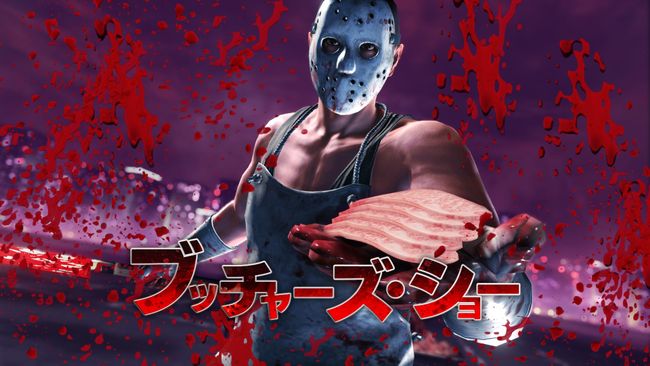 A newly revealed Delivery Help selection is Jay-san, a costly butcher wielding a butcher knife and mask. He can dish out high damage while also inflicting the Nervous status ailment.

Ichiban Kasuga will eventually be able to assist Eri Kamataki in rebuilding the Ichiban Confectionery company which was on the verge of bankruptcy. Eri, who used to be the company's representative, will become the secretary for the newly-appointed company president Kasuga.

You will need to properly manage funds and personnel; each staff member has their own performance level that can be improved with investments. Once you have gathered enough profit, you can expand the company's business by purchasing other buildings and businesses. But you also need to keep an eye on rival companies that will try and impede your profits.

There are also Shareholder Meetings where Kasuga will debate with shareholders to retain their support. Complaints will be directed towards specific categories like personnel, items, or funds. And selecting proper replies such as apologizing or seeking opinions from staff members will help persuade shareholders.

A shareholder meeting can be won when all shareholders have been persuaded or at least 50% support rate is achieved at the end. The results will affect the company's stock price as well as the remuneration for Kasuga.

Yakuza: Like a Dragon Part-Time Job and Jay-san Screenshots

Summon Majima and company into battle in Yakuza: Like a Dragon

Yakuza: Like a Dragon details the Job System, Bonding, and Human Powers