Our console reviewer was very pleased with Iceborne, giving the expansion a perfect 10/10 score. Our PC reviewer was also happy with the expansion, but also was a bit more critical of Capcom's delayed PC support.

You can check out the press release here, or quoted down below. 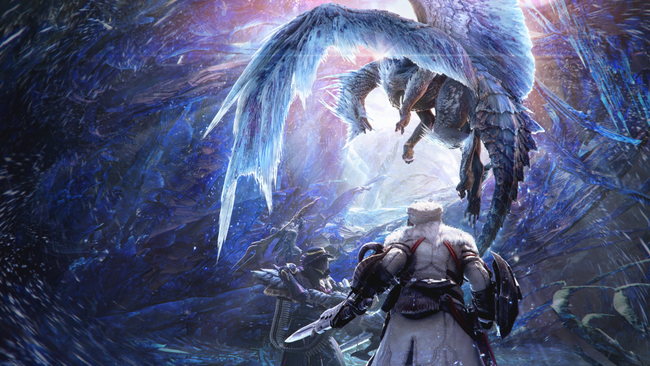 Capcom Co., Ltd. (Capcom) today announced that Monster Hunter World: Iceborne, the massive expansion for Monster Hunter: World for the PlayStation®4 computer entertainment system, the Xbox One*1 family of devices, including Xbox One X, and PC has shipped over 4 million units*2 worldwide.

The Monster Hunter series consists of hunting action games that pit players against giant monsters in a beautiful natural environment. Beginning with the first title in 2004, the series established a new genre in which players cooperate to hunt ferocious monsters with their friends, growing into a mega-hit with cumulative sales of the series exceeding 61 million units as of January 15 , 2020. With Monster Hunter: World (MH:W) (released in January 2018), Capcom has continued to enhance the series' global brand value by promoting existing user engagement through regular updates while encouraging lapsed players to return and newcomers to join with free weapons and armor useful for completing the game's story, driving shipments of the game to 15 million units as of January 2, 2020—the first title in Capcom's history to achieve this record-high.

Monster Hunter World: Iceborne (MHW:I) is a massive premium expansion for MH:W. The game features a full narrative experience that continues from the ending of MH:W, as well as a vast new area, new monsters, a new difficulty level and a new player mechanic. MHW:I achieved 4 million units shipped as a result of the titles' January 9 PC release on the globally accessible Steam platform, allowing the game to appeal to a wider fan base spread across a greater number of regions, combined with sales of the home console version of the game released in September 2019.

Moving forward, Capcom plans to carry out a number of initiatives to build excitement for the series across a wider audience, including the Monster Hunter World: Iceborne XR Walk attraction, which is scheduled to run at Universal Studios Japan starting in March 2020, as well as the first Hollywood film adaptation of the Monster Hunter series.

*1 Xbox One version available in North America and Europe only