Element Space set to release for console on March 24

Publisher Inca Games and developers Sixth Vowel & Blowfish Studios have announced that their sci-fi RPG Element Space will be released for PlayStation 4 and Xbox One On March 24. The console versions will include voice-over dialogue and a new narrative-friendly gameplay mode.

You can find a new trailer and screenshots below and our orignial coverage of it here.

Element Space is a video game in the Tactical turn-based RPG genre set in a dystopian future where mankind has colonized three solar systems and their vicinities. The player takes the spotlight in a new intergalactic upheaval, leading their own squadron into dangerous situations and dealing with the consequences of their choices. 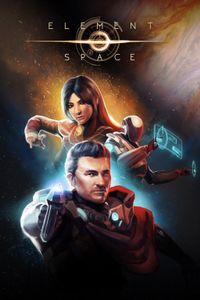