During today's Humble Brag stream, Humble Bundle announced that it will publish tactical RPG The Iron Oath for launch on PC (Steam and Humble Bundle) later this year.

The Iron Oath is being developed by a two-person team at Curious Panda Games, who ran a successful Kickstarter campaign for the game in 2017 raising $94,524 for the project.

Find the clip from today's presentation below (jump to 4:00), a description, and a screenshot set below via Humble Bundle.

The Iron Oath is a turn-based tactical RPG that is set in a dark fantasy world. Recruit, manage, and embark on missions with a roster of mercenaries, testing the limits of their mortality. Every decision made carries weight and can have a minor or major influence on your characters and the world that surrounds them. As you and your company progress, the world changes dynamically, enabling new storylines to discover and resulting in a unique experience for every playthrough. 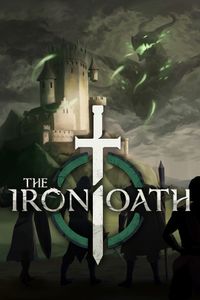