Square Enix have just sent us a little file which includes a couple of new screenshots of Deus Ex: Human Revolution in action, showing off Adam Jensen killing some dudes but also including some more relaxing shots from cutscenes and from the environments you'll be visiting in the game.

Deus Ex: Human Revolution is Eidos Montreal's revival of the much-loved Action RPG/shooter hybrid, and has been the subject of some pretty fierce promotion from Square Enix. They recently delayed the game by a few months, hoping it can boost the profits in their 2011/2012 fiscal year.

Square Enix recently announced the Augmented Edition of the game for Europe, which features a bunch of extra stuff for fans of the series to drool over. A final release date is currently unconfirmed, but it won't be until the start of Fiscal Year 11/12.

Check out the new screenshots below, and remember you can find all the screenshots, artwork and trailers of Deux Ex: Human Revolution over in the Media Vault. 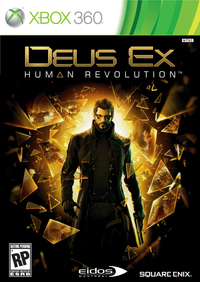