Monster Crown is a monster-raising RPG set to release for Steam Early Access on July 31. The game has been in development at Newfoundland-based Studio Aurum since 2016, and a Kickstarter campaign ran in 2018 to raise more than $45K for the project. The official website is here.

Check out a trailer, fact sheet, and screenshot set below.

Unravel Crown Island’s dark, cruel story as you create your own monster legacy. With a history of sadistic rulers and heroic saviors, the island faces another threat in the form of a malicious young woman seeking power. It’s up to you and the monsters you make pacts with to prevent the return of tyranny. Will your decisions make you a savior, or a dark messiah? 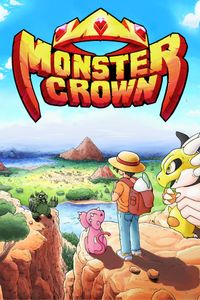