Publisher Nacon and developer Spiders Studio (GreedFall) have announced Steelrising, an action RPG that takes place in an alternate version of the French Revolution. The game is set to release for next-generation consoles and PC via Steam, though no release window has been given.

In a Nacon Connect livestream, Spiders CEO Jehanne Rousseau introduced the premise behind the studio's newest game. In it you play as Aegis, a female automaton bodyguard to Marie Antoinette ordered to end the massacres being carried out by the robot army of King Louis XVI. The game has a larger action focus than previous titles from the studio and also places a higher emphasis on verticality in level design. Aegis incorporates weapons into her body, with seven different weapon types to be utilized in the game. Like any good RPG, Rousseau states they are working on both a high variety of gear and optional sidequests to flesh out the game.

Check out a teaser trailer and some artwork below.

King Louis XVI's automata army is terrorising the citizens of Paris. Join the Revolution as Aegis, fight against this reign of terror and try to change the course of history! 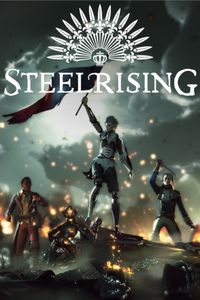