The last time we saw Valkyria Chronicles 2 was last September, when we looked at the game at TGS. It was the first hands-on time with the Japanese version then, and we were impressed by the quality of the conversion of the Valkyria gameplay to the small screen.

In that sense, nothing has changed from the version of the game we saw then. It’s the same mixture of strategy RPG and action RPG gameplay, and it plays much the same as the PS3 version, though the map is split into smaller segments. It’s in English this time, but it’s a solid port of that gameplay.

That semi-cartoony graphics style makes a return, too, with the inky style and the comic book sound effects all popping into existence as they did in the PS3 version. The storyline is punctuated with anime character portraits and fully animated cutscenes, and none of the charm of the original game is lost in this PSP-exclusive sequel. 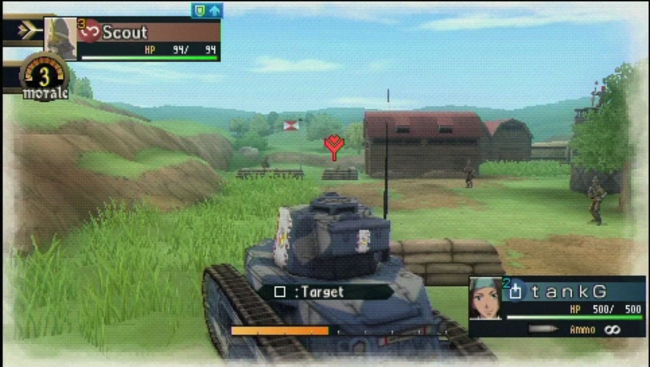 With that said one major change in Valkyria Chronicles 2 comes in terms of the plot and setting which were so charming in the original. While the original was this strange amalgamation of World War II with anime traditions the World War II background has disappeared almost entirely, replaced by a continuation of the story told in Valkyria Chronicles set about a high school.

If you take a look at the screenshots it’ll all become clear – there’s characters in school blazers, schoolgirls in short skirts and a red-haired wise cracker who reminds me a little of Final Fantasy’s Reno. It’s a change of tone, but at the same time it doesn’t seem that jarring to me – though perhaps that’s because the magical gameplay of Valkyria Chronicles is still intact.

As mentioned earlier, maps in Valkyria Chronicles are split into segments, as the PSP can’t handle the massive environments the PS3 did. Heading to the edge of an area allows you to move on to the next area. This really isn’t a dealbreaker, and is a fair trade-off to ensure that there are an ample number of enemies on the screen at any given time.

The controls have also been converted well - the analogue stick is used for moving your character about, while the D-Pad offers a more accurate control method for aiming. Everything else plays similarly to Valkyria Chronicles on the PS3, so veterans of the series will have no problem picking this game up quickly. 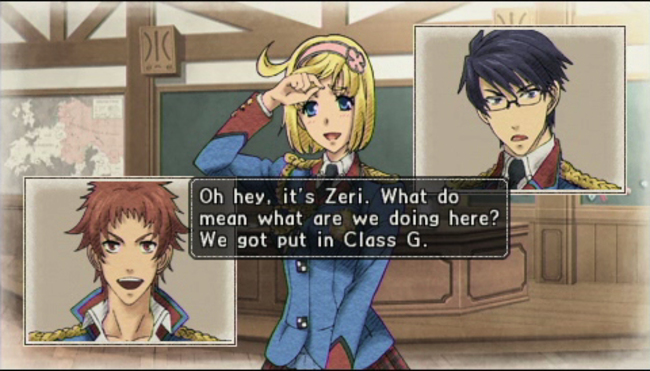 The character classes and customization system is back, but this time the main character can be customized with what we’re told is an incredible amount of depth too. We didn’t have time to see this on the show floor, but Sega promises we’ll be impressed.

The localization is looking tight, and Valkyria Chronicles 2 looks like it is shaping up to be a worthy successor to the cult hit that the original was in the West. It was hailed as one of the top PSP RPGs in Japan – and if the localization is as high quality as it appears here at E3, it’ll go on to be the same in the West.

Stick with us for the latest on Valkyria Chronicles 2, including our review nearer the game’s full release! 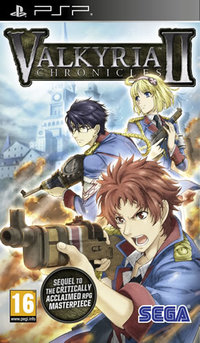