Speaking to Bioware about Dragon Age 2, you get the impression that the studio is invigorated and excited to be working on changing the universe and tenants established in the first title for the better.

Seeing the game, we were told that Bioware's approach to Dragon Age II is two-fold, and involves both redesigning what didn’t work in the first game from the ground up but also improving substantially upon what was already successful in the critically acclaimed original.

Dragon Age 2 is significantly different to the first game on just about every level, with an enhanced game engine, new graphics, and a crisper, sharper, more distinct visual style that is aimed at setting the game aside from the many other fantasy RPGs out there.

To make this a little easier for you guys to read, we’re actually going to split this preview up into a few different segments so you can best see how the game has been rebuilt from the ground up for this sequel. 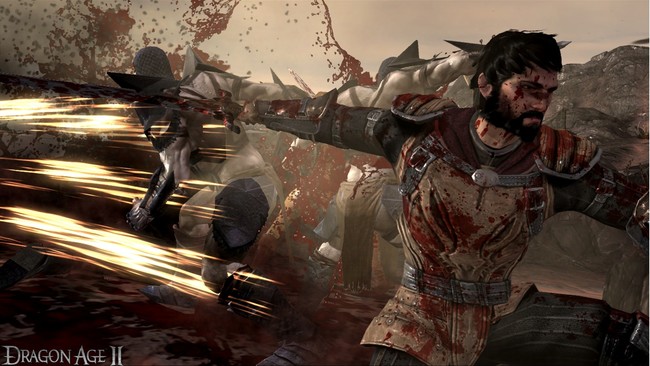 A huge area of focus for Bioware for Dragon Age II was to make the visuals more visceral and epic and also set them apart from the many other fantasy RPGs out there, and it’s something that I feel they’ve succeeded in. As well as having an overall change in art style and direction to look more unique and do more while being less taxing on the game engine, battles look and feel more engaging.

It’s the little touches that make the big difference, though - you can hear the darkspawn snarling before a battle even begins, and every swing from the warrior is more graphic; it's a jarring change from the first game to the second – in the first you’d sort of stab and slice at them in a very videogame fashion, here it feels as though you’re slaughtering them.

Most of the enemies are either diced by swords or explode at the use of magic, sending chunks of flesh flying everywhere. It's less bloody, but more corporeal. Even mages get some love; their magic blasts darkspawn to smithereens, leaving only their boots standing. Mages finally get some impressive finishing moves, such as a giant hand that can crush an ogre. There are also some visually appealing higher level mage spells, like Inferno.

Aside from the cosmetic changes to combat, there are also some mechanical changes as well. DA devs say that they’ve heard gamers voice their complaints about the responsiveness issues in battle: in the past, the AI of the other party members took commands more like suggestions and would eventually get around to them. In DA2, the controls are more responsive and the team takes orders immediately. You can also pause and queue up abilities.

There are also some small yet important, technical changes to the combat. The attack icons are now much clearer and come in a wider variety of colors. Even for warriors, rather than have a dozen different purple icons that look nearly identical, they are now color-coded based on the type of attack. The drawings of the attacks are more iconic and less ambiguous.

There's also a huge change to how the party's information is displayed. Gone are the difficult-to-see circular portraits that vaguely displayed health information. DA2 has switched to the traditional model: in the bottom left hand corner, there is a picture of each of your party members and two horizontal bars for health and magic/stamina. Displayed below the bars is the current action of the player, i.e. Attacking, Moving, Mind Blast, etc. and a small icon of what that action looks like.

Allies aren’t the only one to receive such changes – enemies now sport a health bar that allows you to visually see what happens to their health with each attack you inflict on them. When you swing a sword, you’ll immediately see the effects of that attack reflected on the meter in white, and that’ll then deplete down to a red nub. 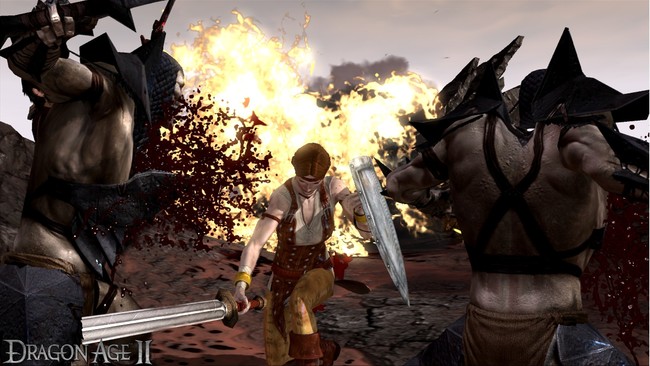 There are definitely some controversial systems in play here, and many have already been claiming that the combat constitutes being dumbed down for the console audience, with the zoomed-out Baldur’s Gate-style view gone entirely in favour of third person action more closely associated with Mass Effect, but one thing that can’t be denied is how cool the combat looks in motion and how sincerely the Bioware team seem to believe that these changes are for the best.

They want to make Dragon Age more accessible, but in order to do that some features must be sacrificed. Throughout our time with the game we were told that none of the depth has been lost through this process, though, and the combat will be just as rewarding for RPG veterans as it is for newbies.

Another area that’s taken cues from Mass Effect is the dialogue. Gone are the listed lines in response, replaced with that now oh-so-familiar decision wheel that gives you a choice between an overall ‘gist’ of a response rather than a full sentence. Similarly inspired is the fact that the main character – male or female – has a default surname everyone will refer to him by, and now the lead character is fully voiced, rather than mute with text responses to dialogue.

Additionally, the centre of the decision wheel has an icon that represents the tone – a green olive branch for diplomatic, a red fist for more belligerent speech, a drama mask, etc. This lets players know if they're being enthusiastic or flirty. “Some people didn't know that they were flirting with Zevran,” quipped Mike Laidlaw, lead designer. Choosing an option on the left side of the dialogue wheel allows players to pass the baton to another character in the party who gains control of the conversation, and the game jumps to the consequences.

The aforementioned lead character is Hawke, and he or she is literally the Shepard of DA2. In Dragon Age II you play as Hawke, who is the analogous Shepard of the game. You’re limited to being a human and the surname Hawke is preset, but you can still customize your appearance and pick Hawke’s gender, class and so on. Although you no longer play through an origin story, the open-endedness of that narrative is still there.

Hawke survives destruction of Lothering, evades the Darkspawn, and manages to barely escape with his family. Eventually, he becomes the champion of Kirkwall. However, we don't know how Hawke has become a champion: it's up to the player to fill in the gaps in the story through dialogue choices and events in game. 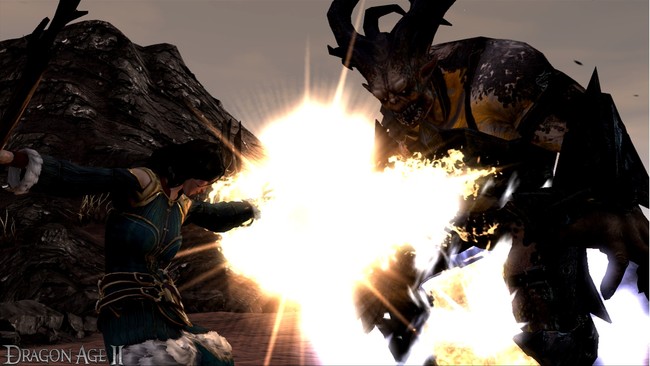 The game is set in the same world, but it's over a span of a decade, as opposed to two years of linear play. Although events begin around the same time as Origins, the story is now on an epic scale. Players get to see the consequences of their actions years down the line immediately in the game, rather in the epilogue, expansion or a sequel.

DA2 is essentially a story about telling a story – it features a framed narrative, like Assassin's Creed, where the true story of the game is contained within a larger premise. In the game Verric, a friend of the hero, narrates a story about Hawke's exploits. Cassandra, whom Verric refers to as “seeker,” listens to this story. Cassandra tries to find out what has happened to Hawke because she believes he can help the chantry, which has fallen to pieces. Verric is known for his embellishments and those exaggerations happen visually in cutscenes.

At certain points, Cassandra stops Verric's story and intervenes “Horseshit," Cassandra interjects." That's not what really happened.” Visually, the game dissolves the scene of Hawke's past actions and shifts to Verric narrating the tale in the present. It’s a weird and unique way of telling the story in such a choice-driven RPG, but change is often good.

Bioware have shown a real willingness to mess with convention and present a tale told in an interesting new way with Dragon Age II, and they’ve also gone a long way to change exactly how you’ll be fighting your way through that story, too. Many of the decisions made could leave the hardcore RPG fans disgruntled, but in the end, the team at Bioware seem certain that these changes are for the best.

What I saw was certainly more than a little promising and shows that Bioware is still willing to experiment despite their recent successes, blending elements from their other successful titles with all-new elements to create something fresh and hopefully more commercially successful. Whether or not it proves successful is something we'll find out in March 2011. 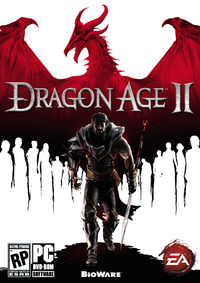