I've already spoken extensively about Final Fantasy XIII-2 in our impressions podcast, recorded mere hours after we first laid eyes and hands on the game, and Erren has put together a proper, fully-fledged preview that's over 3000 words in length - but I just wanted to offer my thoughts up on the game also - two heads and opinions are, after all, better than none.

As might become clear from the podcast, what I saw of FF13-2 at the post-conference Sony event didn't leave me all that impressed. At a glance the combat looked near-identical to that of FF13 with some slight checks and caveats and the story focused on a character that I wasn't a huge fan of in the first game - but, frankly, those conditions weren't an ideal way to see the game.

There was a ton of noise, and we were constantly bombarded by people peering over our shoulders to photo and video our efforts in the game. It was annoying. People, it turns out, kinda suck. Because of that, I was extremely glad that we got the chance to go and see the game again at Square Enix, albeit in a quieter, more comfortable environment.

Square Enix showed us the same demo we'd played the night before while explaining it to us but also showed off another section of the game where the player takes control of a powered-up, Odin-riding Lightning.

Lightning offered a different flavour of gameplay to new-boy Noel and Serah, as she's a "more experienced fighter", our guide explains. She's dishing out thousands of hit points worth of damage with every single attack even at this early point in the game, and this perhaps points to the fact that there'll be a disconnect between the adventures of Lightning and perhaps more of the original cast and those of Serah and friends shown off in the latest trailer. 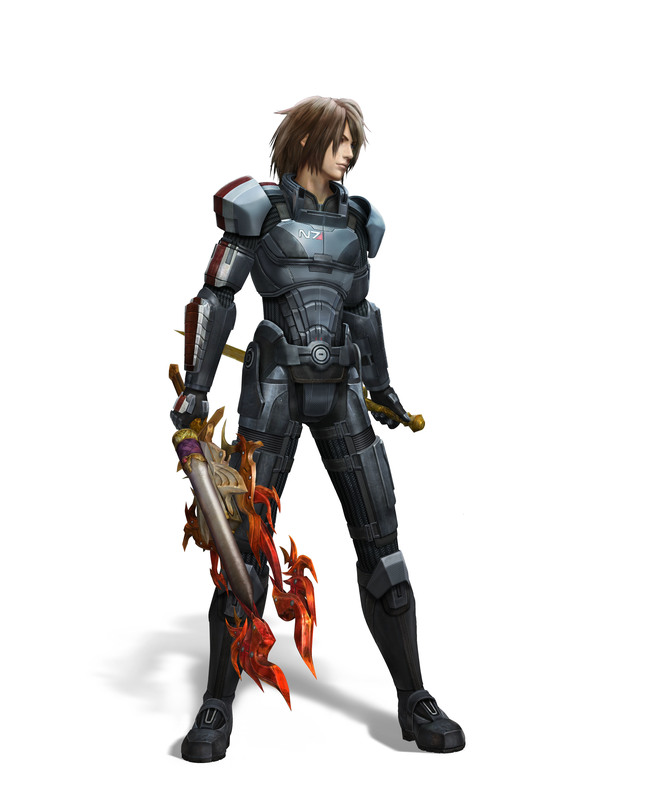 Lightning rode on the back of Odin in what looked like a more dynamic battle scene visually but in terms of gameplay was identical. The same systems were in play, but the scene had a cool-looking moving background as she cast spells of her namesake from Odin's back on a large flying enemy.

That one scene was limited in its scope - presumably from early on, it had one character with a limited move set, but what it did prove was that Square Enix wants to do some dynamic new things with the look of combat.

While the playable segments featured familiar-looking battles against familiar-looking monsters, this one section showed that the team behind FF13 have a desire to do things differently and differentiate the sequel from the original title.

While the Persona-style pop and rap music heard as Serah and Noel adventured didn't do much for me, the searing orchestra of FF13 returned in the segment with Lightning. It could be that this ends up being a game quite literally made up of two halves, with sections with Lightning bearing more of a resemblance to FF13 than the sections with Serah that seem to take the story and tone in a lighter direction.

The changes to the battle system in all areas seem more akin to Final Fantasy IV: The After Years than Final Fantasy X-2 - it's the same battle system refined with tweaks and changes and new systems as opposed to something all-new. FF13's battle system is exactly the type that could do with some expansion - it's one of the most original concepts in the series, so I hope it gets fleshed out in a decent manner.

Paradigm shift returns, and while Square wouldn't elaborate on if we could expect new roles and classes to be added to the system I would think that's a given. The big change to the system is the new ability to bring monsters into your party and have them fight alongside you. They're attached to paradigms specifically and function like unique party members who switch when you change paradigm. Monsters function differently to regular characters with their own unique move sets and HP values, so they should add an extra level of potential skill to battles.

The QTEs during battles are an interesting attempt to make battles more active than passive - attempting to fill the same gap as hitting the shoulder button to fire the gunblade in time with Squall's physical attacks in Final Fantasy VIII. How well it'll work in the final version of the game is very much up in the air right now.

It's very difficult to judge FF13-2 based on what Square Enix chose to show at E3. As ever with that company's Japanese side, the showing was detailed in some areas and downright cryptic in others. That said, sitting down with Yoshinori Kitase and Motomu Toriyama for our interview did give me a ton of hope for what Square Enix will reveal of FF13-2 going forward at shows like GamesCom and TGS.

You can read that interview and Erren's more detailed preview through those links. Final Fantasy XIII-2 is set to launch this December in Japan and in early 2012 in the West. You can find all of the Screens, Artwork and Videos of FF13-2 over in the Media Vault!