Xanadu Next releases for various PC digital platforms today, and while RPG Site will have a full review in the coming days, we wanted to touch on the experience so far.

First of all, it's important to note that Xanadu Next (from Ys series developer Falcom) originally released as a PC game in Japan back in 2005, so on one hand - don't expect all the configuration options you might find in a modern title. On the other hand, Xanadu Next can easily be played on laptops or less powerful hardware. I had no problems playing the game on standard settings using a gaming-capable laptop with a built-in Nvidia graphics processor - although I had to run at 720p to keep a steady 60FPS framerate on that machine.

The video footage above and screenshots at the bottom were captured at 1080p on a GTX 1080 card. 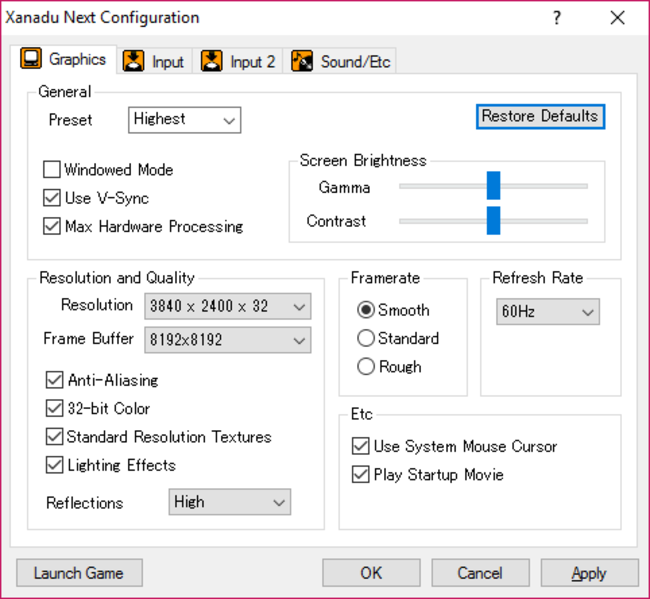 This is the main configuration screen you can open at launch. The are basic toggles for anti-aliasing, lighting effects, reflections, V-sync, etc.

Xanadu Next supports a variety of resolutions at 16:9, 4:3, and other aspect ratios, which is important to note because the original version did not support widescreen picture. I was also able to select downsampled 4K resolutions thanks to my Nvidia card. 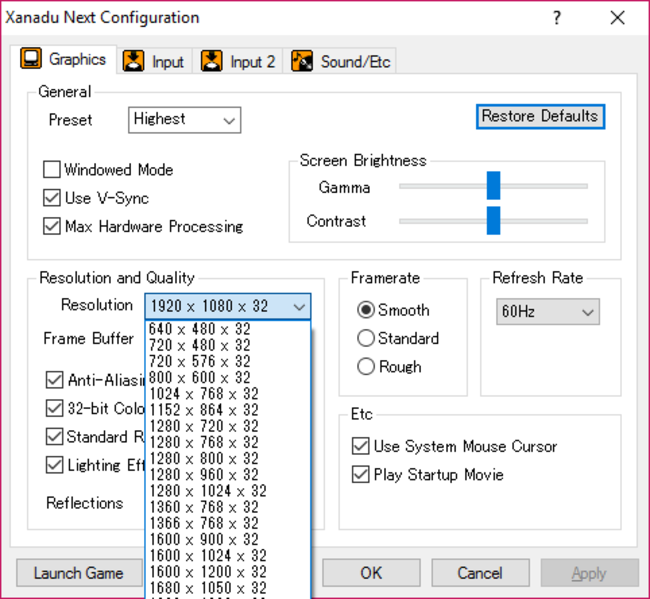 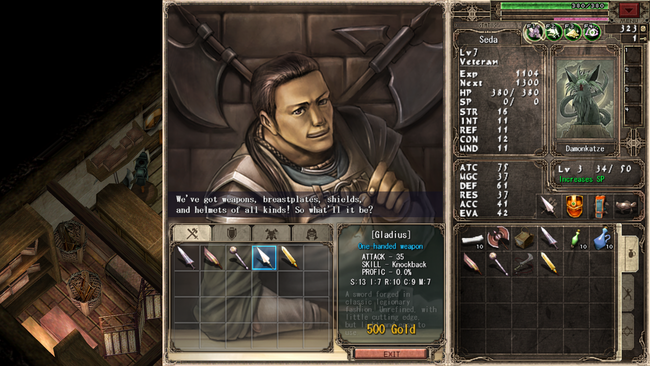 Let me say this plainly. You should probably play Xanadu Next with mouse & keyboard. Mouse buttons are used to move, attack, and control the user interface much like you would expect to find with similar games such as Diablo. Items can be set to 1-4 as hotkeys, and skills can be set to F1-F4. The right mouse button is used to activate a currently selected skill, and the scroll wheel can rotate the camera.

When using a gamepad, as you might expect - you can move with the analog stick and assign buttons for attack and skill use. You can remap most actions to most buttons, but a cursor is still needed to navigate the player inventory. On a gamepad, this is done by holding down a button, which toggles the left stick from player control to cursor control. However, Xanadu Next does not seem to support controller triggers, which would be the ideal place for such a toggle. The left bumper - which defaults to camera rotation, can work if you want to go that route.

Aside all that, mouse and keyboard is simply quicker to use if you need to access player inventory or skills during combat.

A couple of minor glitches I ran into that I wanted to list. Note these are from the pre-release build, specifically.

On modern PCs, Xanadu Next runs very well most of the time, but you don't need anything beefy to play this game. The most curious problem I had, on multiple machines, was a stuttering effect occasionally during camera pans. It wasn't bad or frequent enough to render the game unplayable, but still an issue I want to note here.

Visually, considering its age, Xanadu Next can look pretty good at higher resolutions. Character/enemy models are not especially well detailed, but a good use of colors aids the game quite well here. Aliasing artifacts will still appear in places with the even with anti-aliasing toggle checked. Take a look at the game for yourself with our footage and screenshot gallery.

Outside of a few minor glitches - which will hopefully get resolved soon if not already - my experience with the finally official English version of Xanadu Next was largely positive.

Find some screen grabs in the gallery below, check out the gameplay at top, and look forward to the full review in the coming days.