Closers Online is a fast-paced 3D action MMORPG that was first released in South Korea in late December 2014. In August, En Masse Entertainment, the publisher behind TERA, announced that they would be handling localizing duties the game for the North American and European markets. 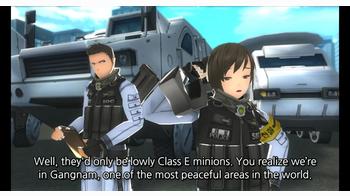 In the year 2020, dimensional gates have started to appear all over the planet. This unleashed hordes of monsters, thus starting the First Dimensional War. A group of humans awoke to powerful psycho powers that helped turn the tide in the war.

They began pushing the creatures back while closing the gates behind them and eventually ending the war. These humans were later called Closers for their deeds. Peace soon returned to the planet and humans were finally able to start rebuilding both their lives and their homes.

After things had settled down, a new organization named UNION was formed from the Closers that had survived the war. Most of the focus of this group was to research the mysterious power that they now possessed, as well as preparing themselves in the event another war broke out. This peace doesn't last long as your story begins shortly after the dimensional gates begin to open appear once more. 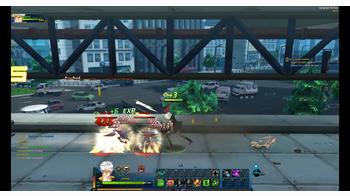 As far as the gameplay is concerned, it plays like a classic brawler. Your character is able to be controlled exclusively by a keyboard, with abilities assigned to different keys and movement delegated to the directional arrows.

This is the way I personally played the game, but I have heard others say the developers did a good job mapping the controls to the gamepad. If that's your preferred way to play, you should be good to go.

Those that have played or are familiar with Dungeon Fighter Online, which is a 3D brawler MMORPG but with a high fantasy setting and utilizes 2D models, you'll find this to be a quite similar experience.

The alpha is still ongoing, but it shows promise. Those that want to give it a try should check out the official website for news on any upcoming beta weekends. I for one will be keeping a close eye on it. In the meantime, here is some early footage of the game that I recorded: