The only reason that I've played as much of Borderlands as I have is thanks to my roommate, who is completely and utterly obsessed with the series. Borderlands 2 is his, self-described, favorite game of all time. While I might not feel quite as strongly about the series as he does - I can certainly admire its strengths. Great gunplay, an entertaining story that never truly takes itself seriously, a gorgeous comic book art style, and a unique aesthetic that very few other shooters have even bothered to try and emulate. The series is an RPG, of sorts, since equipment and your skills matter much more than pure technical ability, so when we were offered the chance to try out the next game in the series - Borderlands 3 - during E3, we took it.

The actual playable demo for the game was short, and didn't really showcase too much of what's new to the game. The main things different this time around that were actively showcased in the demo were how skills work. Now, instead of just having passive and active skills, you can also unlock skill modifiers that can slot onto either of your currently equipped active skills, to give them new and different additional attributes. Another thing that was new was, of course, the updated visuals and level design. With the exception of the boss fight for the demo, the game ran rather well on the supplied Ryzen 7 2700x/Vega 64 demo system. However... that doesn't exactly tell us much since the display resolution was not listed, the Gearbox/2K representatives couldn't tell me the resolution, and the graphical settings menu was locked from access for me to check the settings used myself. 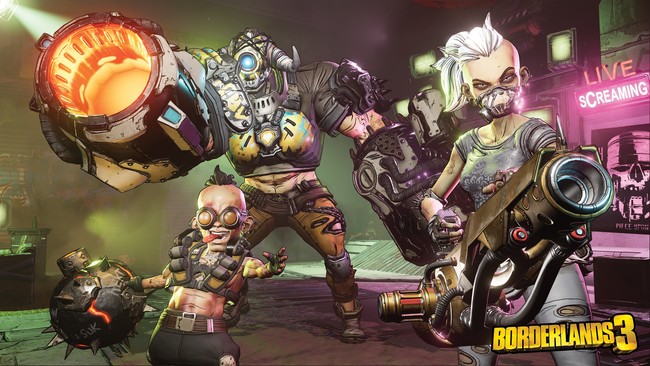 Level design, as mentioned, has had a big change with Borderlands 3. Besides just arid wastelands, the title will take advantage of other biomes on different planets to increase the variety of locations that the series can offer. Borderlands: The Pre-Sequel already experimented with something like this by having the game take place on the moon (really, that game got a lot more hate than it deserved, in retrospect), but Borderlands 3 is taking things farther by having your main hub be a spaceship that can actively transport you across multiple planets.

The series' actual gameplay remains mostly the same. As mentioned, we only had a very brief chance to test out one class, so we couldn't exactly test Gearbox's claims that each class will feel different to play as. That being said, going by the hands-off footage they showed us before we were let loose to play the demo - at least those claims seem to have some merit to them.

One other small thing that stood out to me while actually playing the demo was how many more enemies this time around seem to be women. Enemies were very talkative during the demo, and there were certainly more than a few female voices coming out of random grunt's mouths compared to who you were up against in previous titles. I don't remember either 2K or Gearbox making a big deal about this, which they ideally should not need to, but I'd say it was a pleasant surprise to more gender balance in the game population nonetheless. One of the two main antagonists is female this time around, too. 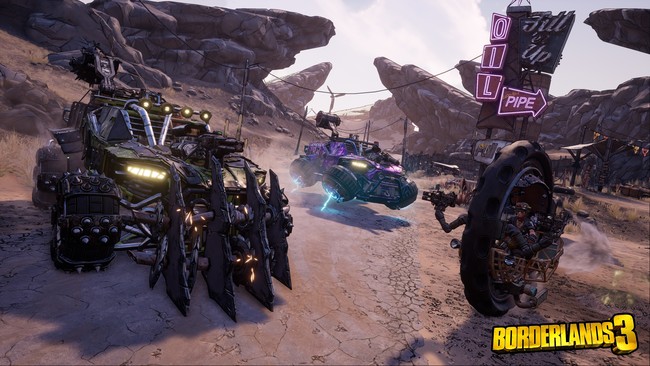 The dungeon that the demo took place in had a unique gimmick tying into giant stereo speakers which would occasionally blare out at you, damaging the player if they weren't careful. This persisted throughout the entire area. I know that previous Borderlands games' levels have had similar gimmicks, but between the new focus on multiple biomes and seeing just how far this one small dungeon took this one gimmick - I have to say I'm pretty hopeful that the rest of the game will continue to have some creative level design. I'd go as far as to say that with how much better Bungie have gotten with their own level design in Destiny 2, Borderlands should definitely follow suit.

If half of what Gearbox is claiming about Borderlands 3 turns out to be accurate for the entire experience, then I'll be truly surprised if Borderlands 3 isn't easily the best in the franchise. That being said, our demo was short, and most of this information (again) came from videos shown to us before we got our hands on with the game. I'm pretty confident the game will be great when it does release, but we'll just have to wait until September 13th to know for sure.