For gamers who had already had their fill of the Tyrian continent and what it had to offer for the year it had been released, the arrival of Guild Wars Factions was a relief to many gamers. Finally, a whole new world of enemies, skills, missions, weapons, and armor to explore, unlock, and quite possibly demolish. With gratefully opened arms, the players immersed themselves into the continent of Cantha and began to experience Factions for themselves.

An interesting feature of this game is that not only is it monthly-fee free, like its predecessor, but it is also a stand-alone-game. That's right, you don't need the original Guild Wars game to be able to play. If you only wanted to play through what Factions has to offer, then by golly, you can! But then again, if you wanted to meld the two worlds into one, that's just as easy as clicking on a boat icon and waiting a few seconds. The ability to go either way has been a huge plus for gamers, casual and hardcore alike.

But in reality, Factions, once again like its predecessor, is really made up of two different halves. You have the role-playing side, and the PvP side. The PvP side is aimed much more at casual players. Instead of having to wait to level up a brand new character to a high level to be able to rumble with the best, in Guild Wars you can simply select the "PvP Character" option, select a pre-made build or make your own, customize your characters appearances and items, then dive right into PvP play.

The PvP is still fantastic, if not better, in Factions. First, can choose to do Random Arenas, where you are randomly matched up with 3 other people, face a team of 4 other people until one team is completely dead or has accomplished the objective. Team Arenas is another popular option - form a team of 4 people, go up against another team, and see who can kill off the other team, or, once again, accomplish a set of objectives.

The assassin is a deadly double-blade wielding melee class. While they have a fairly low armor count, they can dish out huge amounts of damage and conditions in a very short amount of time. Another fun feature of the assassin is "shadow-stepping". This is a fun skill where you teleport from where you are to your enemy, sometimes healing yourself or causing a condition in the process.

Another fun new feature is titles. Now, you can be rewarded for certain accomplishments you've done. Say in Tyria you beat all 25 missions and bonuses. Why, then, you'll get the Protector of Tyria award. And if you've explored 60% of the Canthan map? You'll get Canthan Explorer. And if you manage to max out 5 titles, you'll get my personal favorite, "Kind of a Big Deal."

But possibly the most captivating feature of Factions comes from the Alliance Battles and the Faction Battles. At one point in the game, you can choose to go one of two ways - side with the luxons or the kurzicks. Now, usually you'll stick with your guild on which way you go, as each guild can pledge allegiance to one side, but the choice is always yours. To gain faction for one side, there are a few methods.

The first and easiest is quests. Certain quests give you faction for completing them. The harder they are, the more you'll get. Some give up to 1,250 faction, while others only give 250. Next is Faction Battles at Fort Aspenwood and Jade Quarry. These two are mission scenarios that put you randomly into a team of 12 and pit you against 12 people from the other faction. For each kill you get 1 faction, and if you win you get 650.

The best one, though, is Alliance Battles. This is accessible only if you are in a guild or are a guest in a guild temporarily. Once you go into an Alliance Battle (AB), you can form up a party of 4 in whatever way you want. Once you do that, you enter the battle and are placed with two other teams of four. It's a massive 12 on 12 battle for faction. To play, you run out and try to capture specific flag points on the map. The more you control, the more faction you get for each time you kill an opposing player. The idea is to balance killing your opponent and keeping flag points. Win and you'll earn a nice 1,250 faction. Lose, and your score is doubled and turned into faction. 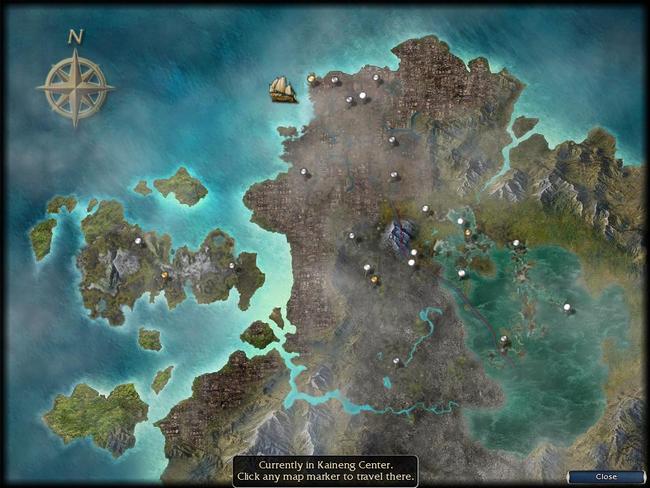 The red and blue line is the faction line. This changes according to the outcome of ABs and decides what arena ABs are played at.

Now what does this faction do? Well, you can either be an entrepreneur and trade 1,000 in for Jade or Amber, whether you are Luxon or Kurzick, respectively, or you can turn it in 5,000 at a time to your guild. What's the point of that? Well, if your guild has enough faction, you can own certain towns. Align your guild in an alliance and you have an even better chance of owning a town. In these towns, if your alliance or guild owns it, you can shoot off fireworks for the visitors, get discounts off of merchants and traders, or just hang out in the restricted area. And if you own the two main towns, Cavalon and House zu Heltzer, then you can ferry people into the Elite Missions.

The Elite Missions are missions that require 12 people each. They can take anywhere from 2-4+ hours to complete. so you have to be ready for a long haul. The boss at the end offers an amazing rare drop that usually sells for 80,000 gold and up. These are time-consuming, and you may not get the drop at the end, but are fun and very challenging.

All in all, if you would like a grind-style MMORPG like World of Warcraft, Guild Wars is not for you. But if you like RPGs, like PvP, and are very inclined to strategy, Guild Wars is definitely your game. And hey, it helps that you don't have to pay $15 a month. 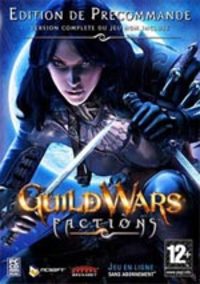