The latest entry in the Fallout series was always bound to be a bit of a polarizing title, especially considering the strong expectations of hardcore Fallout fans and the fact the series has changed hands.

Taking over from Interplay is Bethesda, the company now most famous for creating the Elder Scrolls series, especially the blockbuster fourth title in the series, Oblivion. In many ways Fallout 3 is more of a natural progression from Oblivion than it is from the ten-year old Fallout 2, running on the same graphics engine and taking many gameplay cues from Elder Scrolls while maintaining the roots of the Fallout series. 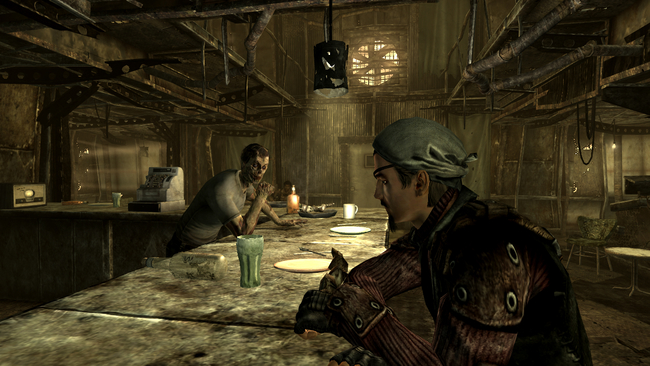 For those who haven’t played the series before – and thanks to the mass-market appeal of being ‘from the makers of Oblivion,’ there are a lot of them – Fallout 3 takes place in the year 2277 – 30 years after Fallout 2, and 200 years after a nuclear bomb annihilated much of the world. Lucky for the player, their family has been safely locked in a ‘vault’ since the bomb went off.

You’re born in the vault, you die in the vault, the game tells you – but we all know the game wouldn’t be much fun if you remained in a vault the entire time. We won’t spoil the manner, in which the opening plays out, but we will tell you the obvious – you escape from the vault, and head out into the ruined nuclear wasteland that was once Washington DC. 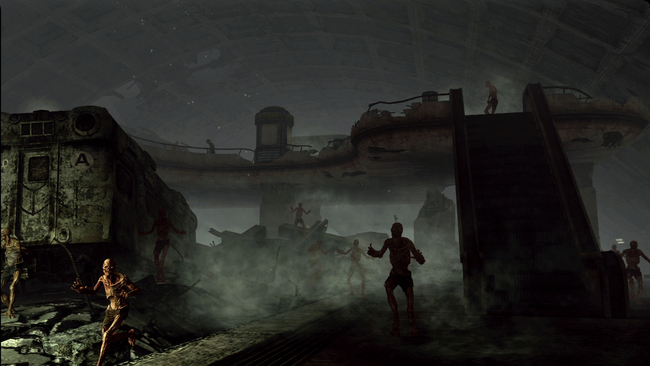 The choice of Washington DC is inspired, with all of its greatest monuments present, smashed down and crumbling to pieces thanks to the nuclear war. The setting perhaps isn’t as interesting as Oblivion to walk across, though. Gone are the rolling hills and the beautiful rivers, replaced by barren brown-grey wastelands with leafless trees and crumbling concrete.

That said, medieval bandits are replaced with cruel modern raiders, and mythical creatures with horrible, deadly mutated creatures – affected by the radiation left by the nuclear bomb. Even if the world is more barren, there’s still plenty to do in it. 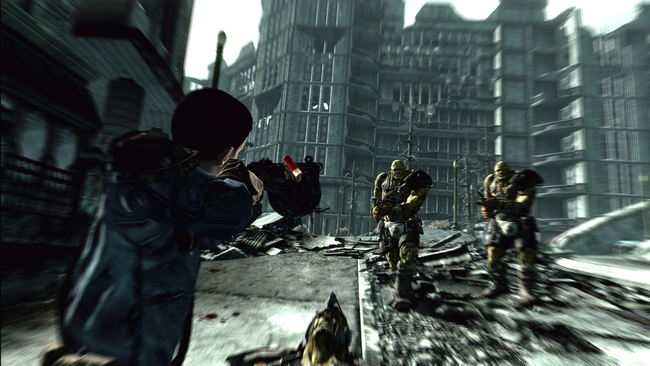 Like Elder Scrolls, as soon as you’ve completed that initial quest, you’re sent out into the wild world and you can do whatever you want – explore, complete side quests, or head right on down the beaten path the story gives you. The story is of a similar length to the one in Oblivion – a bit on the short side, but interesting, varied and fun. The story gives you a great sense of having an actual effect on the world, even if not much changes after you complete it.

While the story is a little short, there’s literally hundreds of hours of side quests and exploration to do, all with bonuses and benefits to your character that can make your game easier – or harder. The game can truly be played in first or third person this time, whereas in Oblivion the game was near-impossible to play in the third person view. 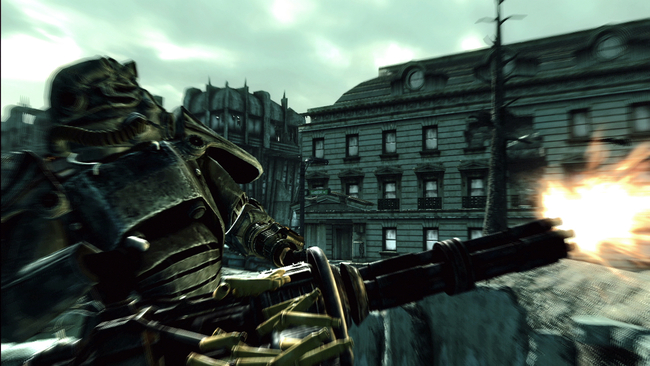 The revolutionary new gameplay system in Fallout 3 is “VATS” – the Vault-Tec Assisted Targeting System. VATS allows the player to pause the real-time combat with the press of a button, turning what is usually an entirely real-time battle system into something slightly turn-based. VATS can only be used a certain amount in any given period of time – and levelling up will allow you to use it more – and is used to inflict very specific body injuries.

For example, facing off against human bandits, you may wish to activate VATS and use it to deal out headshots in a way you couldn’t in real time. Or perhaps kneecapping enemies running towards you in order to slow or stop their attack – with VATS, you can target almost any body part quickly and easily. VATS also serves to make gunplay easier for RPG fans – people who perhaps aren’t so familiar with the gameplay of a first person shooter, which has been blended into Fallout 3’s RPG world almost seamlessly. 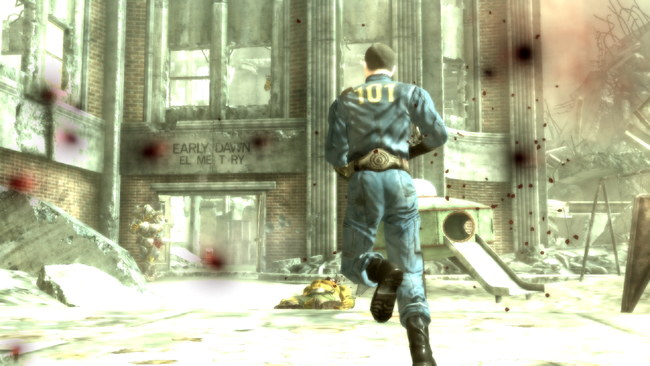 VATS can lead to some truly amazing moments, though. The cinematic camera that activates when you use it is wonderfully programmed, showing limbs as they rip from bodies and fly away in gory detail, with the ragdoll physics on bodies often providing hilarious results.

There’s a decent selection of weapons, and returning from Oblivion also is the weapon degeneration system – the more a weapon is used, the less effective it will be. Older, more used guns will be less accurate and take longer to reload, while older swords are blunter and deal less damage. This system cleverly encourages the player to use a wider variety of weapons and armour, often forcing the player to mix things up with unfamiliar weapons in a long, gruelling dungeon.

Fallout 3 is a difficult game to review, because despite the fact it is flawed and buggy in some vital areas has a relatively short main story quest and feels very much like another game by the same people that was released in 2006, it’s fantastic. Even though the changes it makes to the winning Oblivion formula are minor, the sum and total of all these small changes gives us a massively different, massively ambitious game that does both its successors –Fallout 2 and Oblivion – proud.

Bethesda have created a game that is truly immersive despite recreating the world from the original two Fallout titles - a world that couldn’t be less welcoming if it tried. It’s story mode may only hold your attention for six hours, but the hundreds of side quests and many locations to explore will then carry you over, sucking away your time for weeks – possibly even months. Fallout 3 is a game about choice – even combat is fairly optional in this game

On this note, we urge you to make the right choice. Play this game. 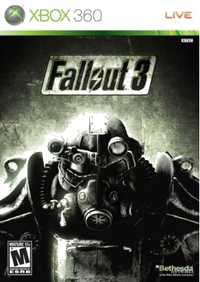