The original Disgaea holds some significance here on RPGSite - when we were originally building this site, Disgaea was the big 'in' RPG of the moment and as such we used Disgaea as our lead game to test every aspect of the website.

Roll on quite a few years and the series has become something of a cult hit for Nippon Ichi, who have released or are planning to release several more additions for the DS, PSP, PS2 and now PS3.

Disgaea fans will know exactly what to expect from this sequel - the game features an anime-like plot with quirky, tongue-in-cheek humor and a clever translation from the folks over at Nippon Ichi USA. 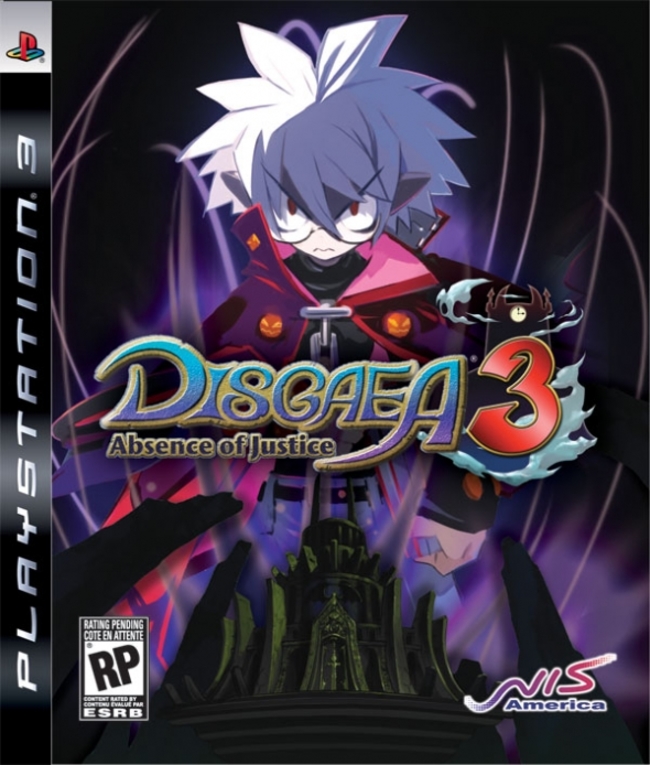 Gameplay consists of a very traditional turn-based strategy RPG tuned and tweaked to complex perfection. Character statistics can reach up into the hundreds of thousands, and there's a huge plethora of skills, abilities, combos, equipment and battle scenarios to play in.

Characters are locked onto the traditional strategy-RPG chess grid and character moves can affect different squares on the grid - some moves will only damage those close by, some can wreak havoc on enemies from afar. Everything here is as you'd expect and as you'd find in other SRPGs such as Final Fantasy Tactics - but this is Disgaea - there are twists.

Plenty of those twists are returning features from previous Disgaea titles including geography effects and throwing, which is a vital battle mechanic. For those that missed those games, geography means that certain areas of the map have certain effects, while throws allow you to pick up friends, enemies and objects to traverse the map or cause damage.

Monster characters can't throw, but new to Disgaea 3 is the ability for them to become a weapon that another party member can use, giving them new abilities and a higher attack power. Monsters are no longer at a disadvantage due to the lack of throwing ability. 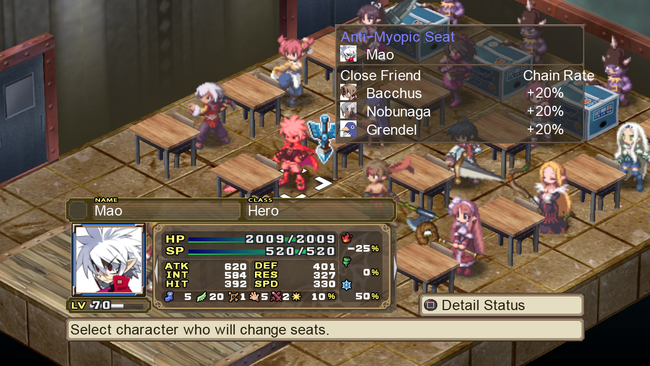 Other Disgaea traditions remain the same, with the ability to pass bills via bribes and so on all intact, allowing you to gain some hefty battle bonuses through areas outside of combat.

Also returning is item world, where many of the "crazy hard levels" boasted in the trailer live. Still largely random, each item in your inventory can be used to generate a random dungeon with several floors. You'll fight your way further into the dungeon which in turn makes the item in question more powerful with higher statistics.

The menus and presentation in Disgaea 3 are simplistic and easy to understand - a good job considering some of the insanely long numbers and statistics you'll be looking at through them.

The story is a continuation of the Disgaea lore, and while you have a new protagonist in Mao and several new people around him, familiar faces will pop up throughout the game. Like the previous titles, the story plays out through voice-acted scenes with hand-drawn anime character portraits displaying that characters’ frame of mind at that moment in each scene. 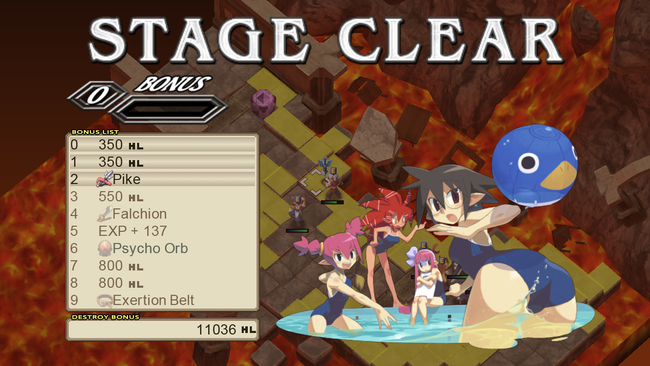 The story pokes fun at the conventions of Japanese RPGs and Anime, absolutely lampooning some traditions in a very satisfying manner. Disgaea's plot isn't indestructible itself though, and in places it can be a little poor itself. It's still damn funny and engaging even though the visual presentation is simple, though - and still as charming as it was in the original 3 games on.

The voice acting that accompanies the scenes is well-acted and fits well with the over-the-top nature of the game. Don't go in expecting a dramatic performance like some other RPGs - you won't get one. Disgaea is a game with its tongue thoroughly buried in its cheek - and the voice actors know it - sometimes a good thing, sometimes bad.

Tenpei Sato returns on composing duties and puts in what is literally an incredibly performance. The soundtrack maintains the signature 'Disgaea' sound from the first two titles, with several vocal tracks in Japanese at major moments, with pumping, fast-paced battle themes for fighting and slower-paced compositions for sadder moments in the storyline.

Everything sounds great so far, but this game is far from perfect and here comes the biggest problem - graphics. Disgaea 3 looks only slightly better than Disgaea 2, with the 3D worlds that you fight in lacking in detail, mostly built from simple squares and unimpressive textures.

Animations for magic and special moves are a little more impressive but they are still far below what gamers have come to expect from the hugely powerful Playstation 3.

The 2D sprites that represent characters are in a higher resolution, but still really lack the punch you might expect from the HD era. Character portraits and background art during story scenes are another matter, all lovingly produced in high definition that makes them downright beautiful. 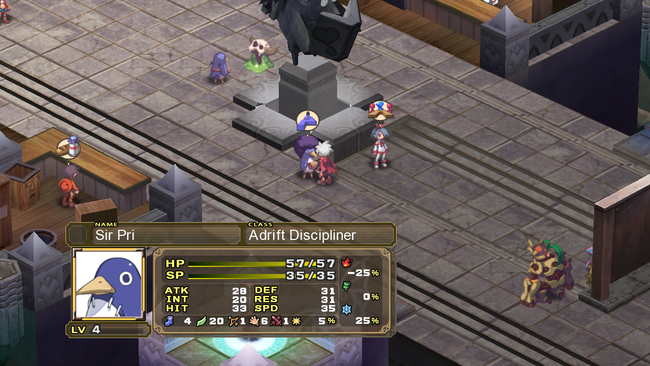 Sadly, the title also suffers from Dead Rising syndrome - that is tiny text for those on Standard Definition TVs, so despite disappointing graphics this is better off played in HD.

All in all, Disgaea is a fantastic package let down in a few key areas. In terms of gameplay, it's an irresistible package that provides literally hundreds of hours of gameplay for players. It is a system that can be broken or grinded into submission to make your characters unstoppable, but doing so would take so much time most won't actually bother.

Alongside this you've got an amazing soundtrack backed up by sometimes acceptable and sometimes wonderful voice work - sadly, battle graphics leave a lot to desired.

What you get then is a fiendishly difficult, fun Strategy RPG with almost endless scope for missions and content that is sadly let down by last-generation visuals. That may not matter all that much, though - this game sure knows how to have fun. 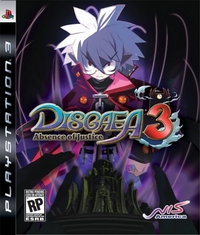