It in fact means quite literally an Enchanted Arm - the game's main character has a magical limb that can absorb even demons and cause devastation in battle.

The character designs are very Japanese in nature - not like that's necessarily a bad thing - but the voice acting reeks of a game translated a little too literally from Japanese. Characters will repeat things over and over again as often happens in Japanese translations and worse still the voice acting is literally cringe-worthy. 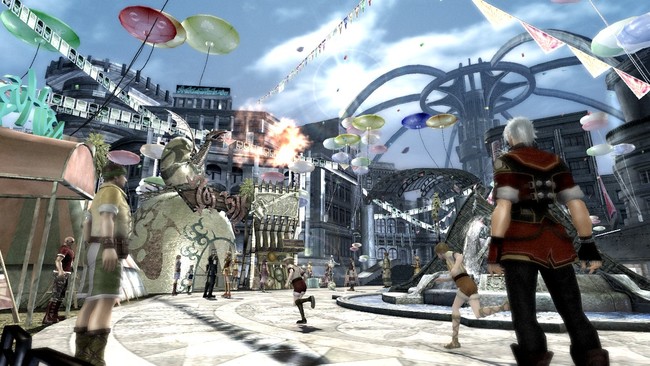 Storyline events are presented through a number of ways, which can be jarring. Occasionally you'll find yourself watching pre-rendered CGI cutscenes that are fully voice acted. At others, you'll be watching fully animated in-engine cutscenes.

Most of the time you'll find the plot evolving through a slightly lazier method - Characters stand at the edge of the screen in profile and deliver their lines with both voice acting and text, Disgaea style. This style worked in Disgaea thanks to the charming artwork - but here you're left looking at shiny-skinned 3D models.

Most of the game has this shiny look, with everything from brick walls to the flesh of characters looking a little too much like plastic. Enchanted Arms isn't a bad looking game, mind - in some places it can even look quite stunning - but on the whole it's a look that fails to inspire outside of certain events such as the CGI cutscenes and biggest and best special moves characters have to offer.

It's this rough presentation that lets the game down - the fact that sometimes plot scenes are voice acted while some aren't acted at all pulls you right out of the experience - though it's difficult to get into it in the first place with such terrible voice acting.

This is all a great shame, as Enchanted Arms is actually quite a good game. If you can look past the terrible English voices (or read subtitles to Japanese voices), the plot of the game is a serviceable JRPG romp to save the world from an evil demon, though the game can get too preachy about the power of friendship. 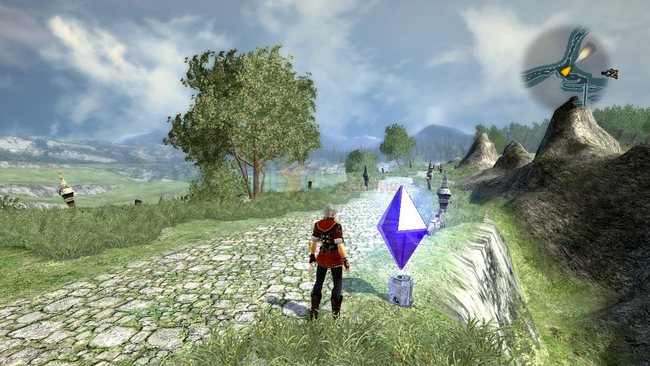 The battle system cleverly combines the chess-grid style associated with strategy RPGs and puts it into a turn based system. While it's still baddies on one side and the party on the other, you now have a degree of movement on your side within a grid - and so do the enemy.

Each and every move at your disposal will affect different squares on the enemy grid and in differing patterns, allowing you to queue up some very cool combo attacks and develop your strategy as you level up.

It actually feels like a strategy RPG - but every RPG has the pace of a normal random battle, and so they're over quickly. Unlike SRPGs, you don't spend hours in one fight. There's no ATB or equivalent, though - it's truly turn based - so you can take your time if you want to.

You can select which party member acts first at your leisure, so you can queue up attacks and have characters that get on well together in battle and have battled together often perform combinations and special moves together.

The game features 4 main party members but features many, many optional ones in the form of Golems. Golems are creatures that are based off enemies in the game that you can recreate and use in battle after defeating them in a Pokémon style. While the human characters are all fairly well-rounded, Golems have specialties and distinct powers, so they're often very useful in battle. 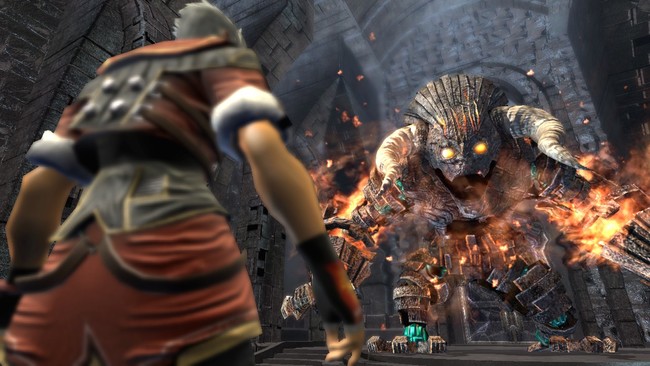 Choosing what Golems to use and what Humans to use is just another interesting part of gameplay, and you'll likely find yourself changing golems and experimenting with new ones often.

Enchanted Arms does little to flesh out these systems as the game wears on, and you may find yourself tiring of the systems in the end. The battle system is almost always interesting if you are willing to actually experiment with different golems and combinations, though.

Enchanted Arms is an interesting title that does some very fun and daring things with its battle system. Sadly it's not just let down by its presentation - it's almost ruined by it. This is still worth playing for the battle system, but you may want to skip out on the rest the game has to offer.

Sounds like a new Wild ARMs game isn't an impossibility

Wild Arms: Million Memories announced as a free-to-play title for mobile, out soon in Japan

Final Fantasy XV Royal Arms Locations Guide: where to find all the Royal Arms in side dungeons 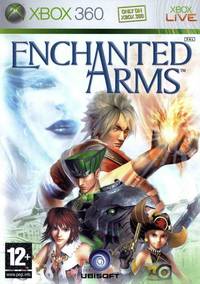