Infinite Undiscovery is a strange name for a game to be sure. My first impression was that Tri-Ace were trying to emulate the magic of the name Final Fantasy and had picked something pretty horrible. The reality is that the name is pretty horrible - but the game itself is okay.

If you've played any of the game's opening you'll probably disagree. The game tutorials you how to play via a rather unexciting escape from prison and then throws you straight into an equally uninspiring stealth section. This is all punctuated with some very long cutscenes, many of which merely have subtitles - no voices at all. 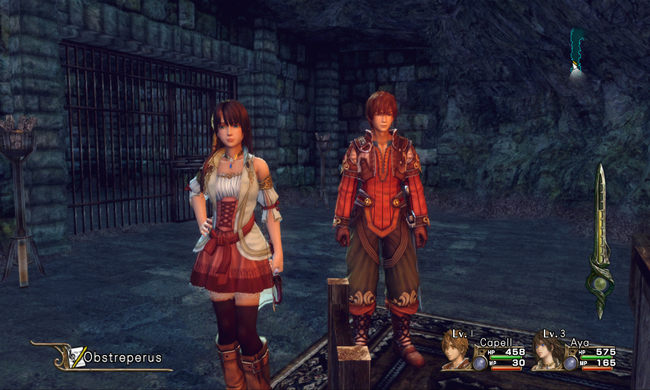 From the first couple of hours it's easy to see how people could score this game well below 50, but at RPGSite we actually play our games for a decent stretch of time and if we can to the finish before reviewing them.

As such, we can say with confidence that the best thing about Infinite Undiscovery is that it gets better. The game switches away from lengthy and unsuccessful set-pieces and to traditional action RPG play and voices seem to for some reason become far more frequent in cutscenes, as if Tri-Ace realized after the first few hours was done the lack of voice sucked.

While magic exists within the world of Infinite Undiscovery, leading man Capell actually can't use it - so the player is left to entirely concentrate on how he attacks with his sword in the real-time combat. Like any RPG, there's a large selection of skills for Capell to learn as he levels up, but the true strategy of the game comes in ordering your comrades about.

In addition to Capell you can take up to three other characters onto the battlefield that will act of their own AI-powered will, but will also obey any orders Capell can give them. Capell can also make use of other characters' skills via the 'connect' skill.

Resident archer Aya can be told to surprise attack unsuspecting enemies with her arrows from a distance, and Rico and Rucha - another pair of kid mages likely inspired by Final Fantasy IV's Palom and Porom - can help out by casting magic. 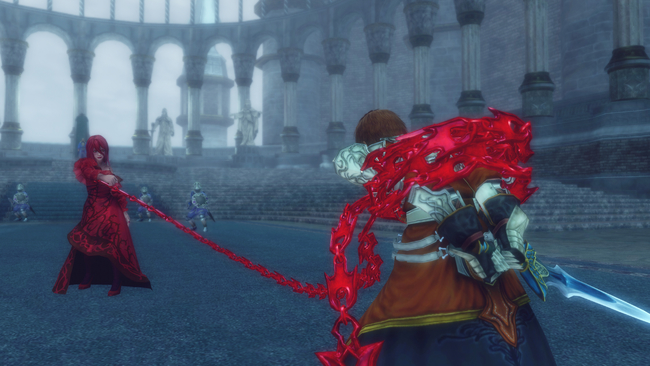 It all works very well indeed and the decision to make Capell a purely melee-based character forces players to consider the options of who they take with them into each situation and what moves they will be able to contribute to the party's defense. Capell does have one special skill in playing the flute, which can cast status effects or raise morale of the party.

The game has an impressively large cast, with party members stretching right into double figures later on in the game. Large battles will split the cast into teams, making some battles actually feel like epic, large-scale war in this war-torn world, with your party fighting on multiple fronts.

After the terrible stealth section in the introduction, Capell is quickly drawn into a war to free the moon, which has been strangely chained down to the planet. The moon plays a large role in the story and is often looming off into the distance, chains stretching down to the planet. It's a weird concept but definitely a striking image.

The plot is serviceable but nothing groundbreaking though there is some truly great writing as the game progresses in terms of developing some members of the cast and their relationships. It's a shame that with such a large cast it invariably ends up uneven with some characters well-developed and others mere caricatures of RPG stereotypes.

The world of the game is truly massive and impressive in size and scope, but this is another piece of good work that works against the game for the worse, as it can take huge amounts of time to get anywhere. You'll be tempted to stay on the storyline's beaten path and never do a sidequest as the backtracking required for most of them could take fifteen or twenty minutes. 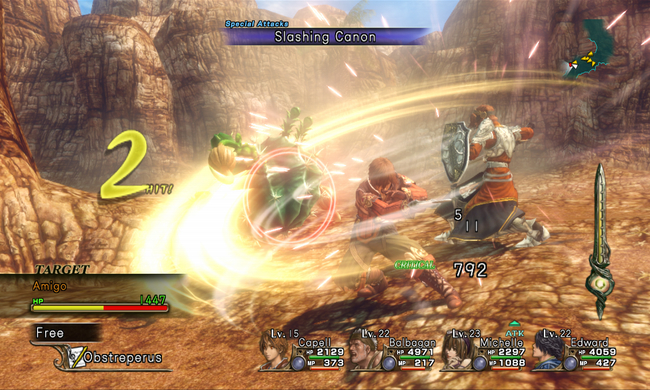 Infinite Undiscovery is a game that is positively oozing with raw potential and great ideas, but several key ideas have been botched or badly executed. That doesn't make it a bad game, though - just a slightly disappointing one.

It's definitely an above average title and I had quite a bit of fun with it and I would definitely like to see what Tri-Ace could do with the same concepts and more time to polish. Infinite Undiscovery is in that respect a truly interesting title, as in almost every area of the game there's a disappointment - but when you consider them as a whole, the game is still somewhat successful despite its shortcomings.

It's worth playing, if only to see what could have been. 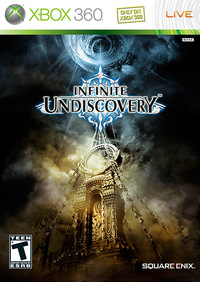