Square Enix's collaboration with PopCap for Gyromancer was one of the most surprising and seemingly unlikely announcements of this year's Tokyo Game Show.

A few minutes with Gyromancer and you'll quickly see where this genre-crossing hybrid has come from - Square Enix has clearly seen the success of Puzzle Quest, the other Puzzle/RPG hybrid on the market - and decided they fancy a piece of that pie.

Essentially PopCap's Bejeweled Twist with a bunch of RPG trappings, at its core Gyromancer is a simple match-three game with different shape and color gems, tasking the player with lining up three or more identical gems in a row on the game board by twisting a square group of four gems clockwise.

Moves without making a match aren't directly punished, and are actually a definite part of the added strategy the RPG segment of the game adds. Past rotating gems, you're actually managing a Pokémon-like creature that you've summoned into the battle. 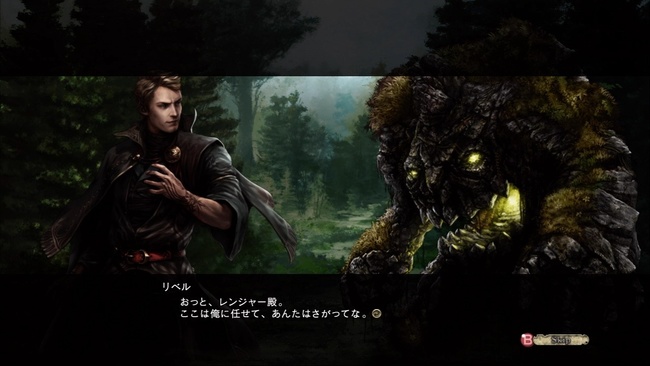 Each successful match of gems fills up a gauge relating to one of your creature's abilities while every single move - successful or not - adds to the enemy's gauge, meaning you're often racing to try to power up one of your abilities faster. That's made easier by performing combos and more advanced maneuvers, which require a bit more thought - but thankfully Gyromancer has no time limit.

Every time a gauge is filled a gem on the board will begin to glow. If it's your glowing gem, matching it in a row will perform the skill it relates to, dealing damage to the enemy. Enemy gems will count down your rotations - and if it's not destroyed under a certain number of turns, it explodes, performing the enemy skill on you.

With that system lays the most genius part of Gyromancer and what sets it apart from Puzzle Quest. Puzzle Quest was turn-based against an enemy also playing on the same grid, but Gyromancer instead has you playing against nobody but yourself. The enemy merely waits, feeding his skill gauges via your mistakes.

Even when the enemy places a charged gem onto the board, it's up to you to destroy it to stop an attack - the enemy essentially does nothing. It's up to you to set-up lengthy combos and clever matches to get your attacks off quicker and decimate the enemy health. It's a game that above all else encourages smart play.

That's all puzzle, though - the RPG aspect of the game comes in the form of leveling up and obtaining new abilities. I mentioned Pokémon earlier - and like that game you'll have to choose which creatures to take into battle, though our young Gyromancer can only carry three at any given time. 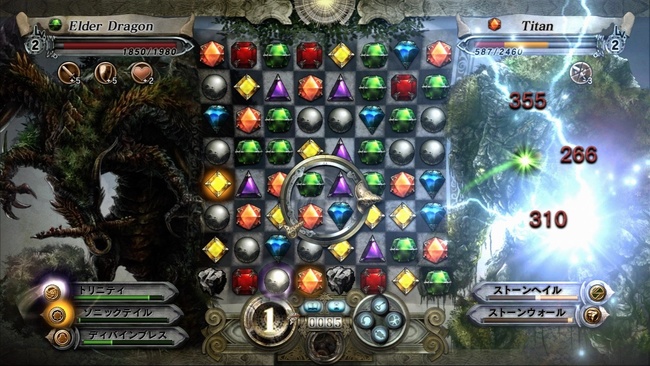 Creatures all have an 'affinity,' which is essentially a type. Represented by color, a creature with a green affinity means matching green gems will power up skills and so on and so forth. There's also strength and weakness elements in play, with certain colors faring better against others in battle.

Alongside affinity, levels also play a strong role in deciding what creatures to take into battle. Your character will level up, and creatures will level alongside him, and you'll be forced to drop some creatures from your party as you out-level them, replacing them with newly unlocked creatures that can reach higher levels and better skills. As you'd expect, good performance in battle translates into experience that levels you up.

You can pick up more creatures by grabbing certain objects on the minimalist dungeon-crawler style map, with a variety of items available to pick up and use both inside and outside of battle.

It's a relatively simple rock, paper scissors system that works well and does the job of adding a bit of RPG depth to what would've been a shallow puzzler alone. Further in the game more depth reveals itself, making battles even more compulsively addictive.

At later levels the game begins to introduce new obstacles, such as 'locked' gems that can't be rotated and gems that can't be removed from the board at all - and suddenly what creature you've picked, its affinity and what items you have to aid you in your inventory all become vitally important. 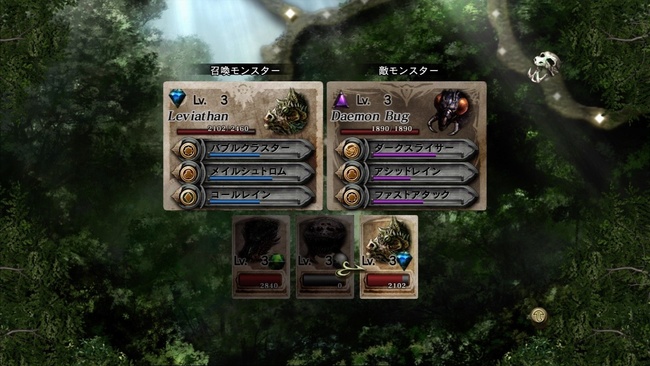 The gameplay itself could have some more depth, but as a simple arcade downloadable on the 360 and Steam what's offered feels perfect, and Square have pledged to expand the game with more maps and creatures, with one pack already available at launch.

The downfalls of Gyromancer are actually in other areas, most notably the presentation and the story. The story is delivered via still portraits with text and no voice acting, with the story also expanded via a menu with detailed plot summaries.

It's an honorable effort on the part of Square and PopCap to build a little universe and flesh it out via these story entries but on the whole the storyline of Gyromancer is clichéd RPG story of the worst kind - the kind that spells Worm Wyrm and drivels on for far too long in a semi-medieval tone.

It's at least serviceable, mind, and gives some reason for your character to be wandering around magical woods fighting cronies from some group called Temperance. Just don't go in expecting anything that might actually justify playing the game alone - play this for the gameplay.

The other slight downfall is in the form of the presentation - everything feels a little bit muddy and messy - something about it just didn't click with me - though on the flip side the portraits of the creatures are all absolutely fantastic - there's some great static artwork throughout the game.

Even past these there are smaller problems, but the core of Gyromancer and the very reason it exists is in its puzzle-based gameplay which is superbly executed and incredibly addictive, only made more so by the RPG additions, the icing atop a delicious cake.

Sure, the dungeon-crawling maps are bland-looking, but the actual crawling is addictive thanks to the sheer number of enemies and goodies in each level to grab. The gem grid may look pretty nasty, but the gameplay that actually takes place there is fun, and while the gameplay may seem shallow at first, it's got a surprising amount of depth.

That's the story of Gyromancer: while first impressions may not be all that great from the presentation, disappointing story scenes and how shallow the gameplay seems early on, it will go on to surprise you and prove to be a fun, addictive game, a successful Puzzle/RPG hybrid, and more than a worthy rival to Puzzle Quest.