Hard Reset has a strong foundation to help set it up thanks to the developers at Flying Wild Hog Studios, which is composed of former members of the teams behind Painkiller and The Witcher. They have come together as a group to solve the big problems that games have been facing as of late: the lack of a compelling single-player story and shitty console ports that have been taking the focus off the horsepower that the PC is capable of forging. With the unfortunate state of the gaming industry where dumbed-down console games are the carte du jour in favor of some actual compelling software.

Does Hard Reset solve the problem of modern gaming as we know it? Well, spoiler: it doesn't. But let's get a little bit into the story and gameplay before I let you know where it exceeds and where it falls flat on its face. 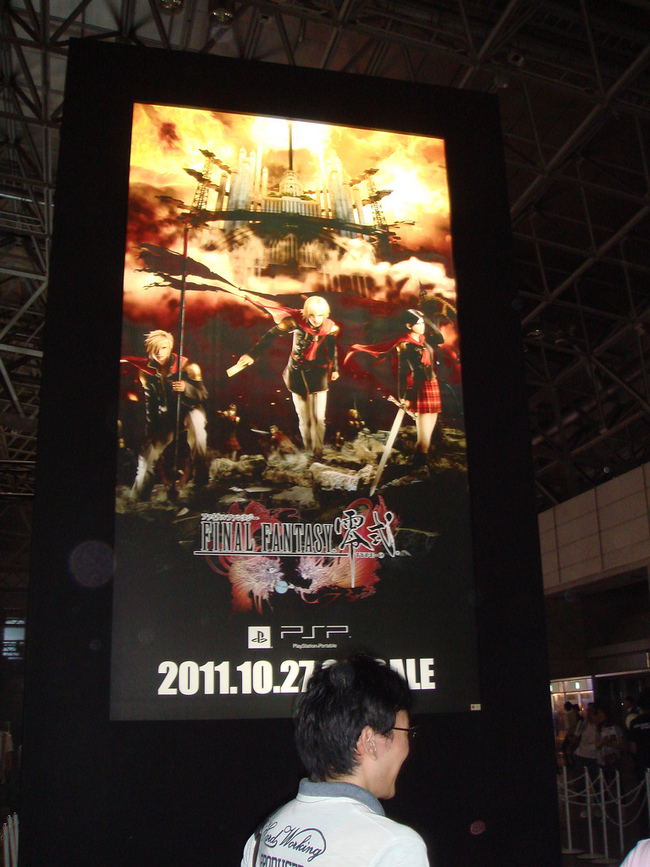 First and foremost, Hard Reset is exclusively a single-player affair that tells the story of Major Fletcher, the "Rick Deckard" of our story, who is a cyborg security specialist who is sent by his superiors at The Corporation (as ominous as that sounds) to subdue a group of out-of-control robots in the cyberpunk metropolis known as Bezoar. After that introduction, the story quickly becomes a little convoluted and difficulty to follow, as it is filled with a lot of Matrix-y mumbo-jumbo, like how The Corporation owns computers that contain billions of different human personalities that have been uploaded into the world through the use of augmentation technology and whatnot, but this is pretty cut-rate stuff that isn't really worth mentioning.

Harkening back to the glory days of FPS games, Hard Reset focuses on and heavily embraces the simplest of game mechanics that made games like Quake and Doom great, where circle strafing is king to avoid the hordes of enemies that are making a beeline for your location, and that one only needs to rely on the powerups dropped by enemies to restore their ammo and energy. Fletcher only has two weapons at its disposal: the CLN kinetic rifle that acts as a machine gun, and the NRG energy rifle that shoots plasma bullets. Both contain alternate firing modes.

Where the game attempts to stand out is through its use of light RPG mechanics. As players kill enemies and pickup orange boxes (otherwise known as "nanos") found both out in the open and in "secret" areas of the levels, they pick up experience points that go towards a bar where, once enough XP is accumulated, they level up and gain skill points. In order to use these points, one must simply walk up to one of the carefully distributed terminals found across the different levels (think Dead Space) where these points can be pumped into one of a group of upgrades for the two different guns or into the character's armor. My favorite upgrade is for the energy rifle in the form of the Smartgun, which allows you to shoot enemies through walls even as they stand on the other side of the room you are in - wallhacking at its finest.

Bar none, the biggest selling point for Hard Reset is its incredibly fluid and dynamic engine that brings Bezoar to stunningly detailed delight. Whether rolling through the dark and morbid alleys of the slums or the high rises where flying cars and giant ships plague the sky, it is very easy to be completely engrossed in the mightily impressive world that Flying Wild Hog has crafted. The overall visual presentation is awe-inspiring - even the main menu looks like it had a lot of work and effort put into it, even if it can be slightly ridiculous at times in a good way. Thankfully, even with all of the focus on a powerful engine, the tech scales exceptionally well, so don't think you'll have to drop the cash for a powerful PC in order to enjoy the game's graphics at a reasonable level. I also appreciated the fact that at any time, I could pop in my Xbox 360 controller into the computer and it would be instantly recognized. The more games that have this feature, the better in my opinion.

And here is where we get to perhaps the most disappointing moment in the entire game: the climax. After a fight a rather uninspired boss battle where the focus is less on the big baddie and more on the annoying minions, there is a cutscene that promises bigger and better things (namely vehicular combat), but then you are thrown back to the main menu and that's it. I actually had to go back and check to make sure that it wasn't due to the game's difficulty only being on normal that caused me to miss out on the rest of the story, or that I was probably playing the first episode in some mini-series like Alan Wake or something, but no - that's it.

From all the boasting that the developers of the game had been making, you would think that the game would last more than just a little over 4 hours. This wouldn't be that big of an issue if it wasn't for the fact that the only hint of replayability value comes from trying to reach the top of the built-in leaderboards with points and achievements that are achieved throughout the game.

With all the promise that the game had with its incredible engine, nostalgiac gameplay mechanics, and strong attention to the entertaining parameters of a cyberpunk reality, it is just plain disappointing that they weren't able to wrap that up with a well-rounded storyline. I am not saying that you need a masterful script in order to make a great first-person shooter - I am sure the majority of fans don't even remember the story to Quake? But when you rely on the obnoxious use of graphic novel-style cutscenes which more games seem to be using nowadays - you have a great engine, USE IT! It's like the developers didn't think anyone would notice the blatant attempt at setting up some sort of sequel before they found out whether or not the game will be a success in the first place. Give me a break. The cutscenes don't even make much sense - it feels as though they were just shoved in there as an afterthought because they needed something for the loading screens besides a blue bar. You would think that with the help of some of the people behind The Witcher that it would translate to a better narrative.

This may bother me more than other fans of the genre simply by the fact that I like to put story on a pedastal when it comes to critiquing a lot of games because it is really what helps me figure out how long I will be playing this game and if I will be revisiting it in the future. If all you are looking for is a brain-dead game that lets you blow everything up with one hell of an engine to ooh and aww about, Hard Reset may be exactly what you are looking for. However, if you are on the hunt for something original with a great story attached, then you would be best to look elsewhere. I guess I shouldn't have expected a lot coming into this game, but that is a rather weak argument when the bar has been set higher elsewhere.

With only a tiny level of variety in enemy robots and truthfully uninspired gameplay that can get kind of dull after a while, the asking price of $30 seems a little higher than expected compared to the content in games that can be had for less. Let's hope the next outing by Flying Wild Hog impresses in more than just a couple departments. If they can pair a great story with the same great engine, we are looking at the next hottest developer in the industry. 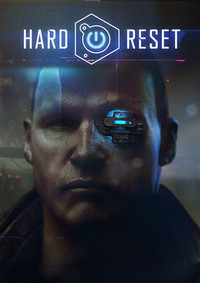