Believe it or not, the Mario and Luigi RPG franchise is nearly a decade old now. Known for its upbeat gameplay as well as comicial narratives and characters, the series was last seen on Nintendo DS with Bowser’s Inside Story in 2009, which went on to be a mega-hit for the franchise critically and commercially. When Mario and Luigi: Dream Team was announced earlier this year, it’s not surprising that expectations were high.

This time around the mustachioed duo find themselves traveling to Pi’illo Island on vacation, where they learn that the ancient race of the Pi’illo people have been turned into stone, well, pillows of course. To save the Pi’illo people from their stony slumber, Mario must enter his younger brother’s dreams where he joins up with “Dreamy Luigi” to solve puzzles and unpetrify the sleepers. This process leads to two slightly differing styles of exploration gameplay depending on if the player is exploring Pi’illo Island or Luigi’s Dreams.

Exploring Pi’illo Island should feel familiar to those who have played the earlier Mario and Luigi titles. The real world is seen from a top down viewpoint as you control the brothers through various locales. There are numerous nooks and crannies to explore using abilities you gain throughout the game, leading to coins, stat up items called beans, and sometimes rare equipment. Enemies can be seen on screen and can be jumped on or hammered to initiate a pre-emptive strike. Backtracking through areas can be worthwhile as you gain more field abilities to access areas you couldn’t the first time around.

Dream sections of the game involve solving puzzles by bothering Luigi as he sleeps.
Maneuvering Luigis’s dreams is a little different as the game takes more of a sidescrolling viewpoint as a typical Mario platformer title would. In the dream worlds, ‘Dreamy’ Luigi can effectively possess various objects on the screen to direct Mario around. These objects include things like trees that can slingshot Mario or fans that will send Mario speeding in a certain direction. Control of these objects is done via the bottom touchscreen of the Nintendo 3DS by pulling, poking, and prodding various parts of Luigi’s face as he sleeps.

This leads to exploration of the dream world locations to be a bit more of a puzzle exercise rather than straight out exploration like on Pi’illo Island. Many of these dream worlds are quite short with only a simple puzzle to solve, while others are full fledged dungeon-like areas that can take a few hours to complete. None of the puzzles are difficult but are competent enough to change things up a bit from dream world to dream world as you progress through the game.

In discussing the combat, very much like the previous titles in the series, the battles are all about recognizing enemy patterns and timing button presses to either dodge or counter attacks. How difficult one may find the game comes down to how well they can avoid taking damage in this way. Many of the monsters will give a quick hint for the player to see so he may know what attack to expect and which protagonist is being targeted.

It becomes exceedingly important to learn these tells when entering new areas with monsters you haven't faced before. For some fights, boss battles in particular, these attacks can sometimes be quite elaborate and tricky to successfully surpass without taking damage.

The brothers can pull off their own elaborate attacks, call Bros. Attacks, just like in previous entries. This involves a longer series of coordinated button presses between the two characters to deal more damage than what could normally be done with a simple attack. And just like how non-battle gameplay changes a bit between the real and dream worlds, combat is notably different as well.

The series' established button timing battle system makes a return.
In the dream worlds, you only have control of Mario in battle. Executing the button presses in this world will allow Dreamy Luigi to add to the damage Mario deals, and further, 'Luiginary' attack specials can be used where a team of ‘Luiginoids’ will assist Mario in another elaborate button timing sequence akin to the ‘Bros. Attacks’ in the real world.

For the most part, battles can be fun to participate in and each new set of enemies will have a new ability for the player to figure out how to counter and dodge effectively, keeping things fresh. However, fighting the same monsters again and again with the same attack sequences turned became repetitive quickly.

There are also a handful of enemies that are a real nuisance to face, usually due to long attack animations that the player has to sit through constantly. One example that comes to mind are Fly Guys, who will only attack Mario and Luigi by grabbing Goombas and sending them out, sometimes adding them to the enemy group. Fly Guys can not be countered like most enemies, and can really draw things out to the point that things become unenjoyable. Luckily, battles with these sorts can be avoided, which I tried to do as much as possible.

Mario and Luigi: Dream Team is significantly longer than other titles in the series. On paper this might sound like something anyone would appreciate, as previous titles clocked around the 20 hour mark. However, lengthened gameplay time doesn’t suit the style of the of game very well. Dungeon sequences are much longer, sometimes taking many hours to complete from start to finish. Oftentimes I eventually found myself avoiding every battle I could just because I wanted to see something new - a new place or new enemy set - as I often got tired fighting the same creatures with the same animation sequences again and again.

In addition, like in most Mario RPGs, there is a lot of dialogue spoken by the NPCs. I became less tolerant of the amount of text I had to skip through to get through each area. On that note, the plot progression also felt overstuffed. Most of the time, the main objective of Mario and Luigi is something relatively trivial, such as finding a missing tour guide or exploring a place to hide Princess Peach, as the villains sit in the background lacking presence.

Now, Mario titles aren’t usually touted for their narratives, but other Mario RPGs did a much better job creating interesting and quirky plotlines, villains, and other NPCs that made the dialogue a positive to the experience rather than a detriment. In this case, Dream Team mostly fails at creating humorous banter or interesting personalities, which made the long dungeon areas feel even more bogged down with excessive inane text along with a frivolous objective that was being undertaken. In short, everything feels much slower than before, and is easily the main problem with the game.

Giant Luigi battles are grand, but can drag on with unresponsive controls.
The last thing to mention about the combat are the handful of special boss fights featuring a Giant Luigi. Much like the Bowser fights in Bowser’s Inside Story, these are fought using only touch controls while holding the 3DS on its side. Recognizing how to avoid enemy attacks here is even more important.

These battles are essentially quick-time event cutscenes where action prompts will show up on the screen involving the stylus or the gyro controls. These battles can turn into endurance feats as both the enemy and Luigi can heal, and if you don’t know how to properly proceed with the fight efficiently these can become annoying very quickly if you can’t deal damage fast enough. There’s a bit of guessing at times to know what attacks are effective and when, depending on what the foe’s most recent action was.

As for the controls, using the stylus seemed to work very well for me, but any actions involving the gyro control were unresponsive and unintuitive, making these events more of a nuisance than they should have been. Also, considering the fact that the animations of these battles are long and unskippable, having to redo a battle if you fail is not fun at all.

In conclusion, while the combat itself can be entertaining on its own for a while – the lengthened dungeon segments coupled with inane dialogue and uninteresting characters lead to a game that you may want to think twice before investing in. In any case, you might just need to learn to be a little patient with this one.
Advertisement. Keep scrolling for more 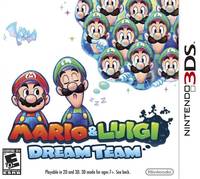