The PlayStation Vita has been a nice home for many Japanese RPGs, but fact of the matter is that several of those games are ports. While there are many great games you can play on the system, the list of truly native Vita JRPGs is comparatively small, especially when it comes to localized titles. Oreshika: Tainted Bloodlines is one of the few fully original JRPGs to make its way onto the platform.

Oreshika is original in more than just its platform standing however. Many of the game’s foundational structures are quite nonstandard to what is typically found in the genre. In fact, many of the game's systems are not initially intuitive, even for veterans of the genre. While it takes a little bit getting used to, the experience Oreshika offers is considerably fresh and unique. 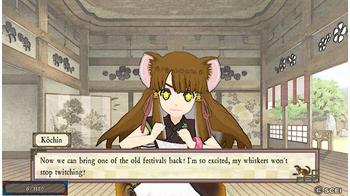 Meet Kochin, the self-proclaimed “wisest weasel ever” and tasked to help your clan fight the curse.
Members of your clan have been cursed to have a lifespan of only two years and cannot have children. The task is to lift that curse and enlist the help of gods inspired by Japanese mythology to procreate a new generation of the clan that is more powerful than the last.

‘Oreshika’ is a shortened form of the original Japanese title, ‘Ore no Shikabane wo Koete Yuke,’ which means something along the lines of ‘Go Forth Over My Dead Body’ as would be said from one generation to the next. Tainted Bloodlines is actually the second title in the series, although the original game (and its remake) never made its way overseas.

The most surface-level description of Oreshika: Tainted Bloodlines is that it is a 'Turn-Based JRPG'. Well, that's true, but there are many other crucial elements to the game architecture that make it more unique and interesting than such a description implies. In fact, the direct battle system is probably least interesting part of the game.

Combat is not overly ornate or complex but it's satisfactory and get the job done. You have to balance your characters, their trades, and abilities, in order to overcome foes, but most of the actual 'gameplay' really lies outside of battle. 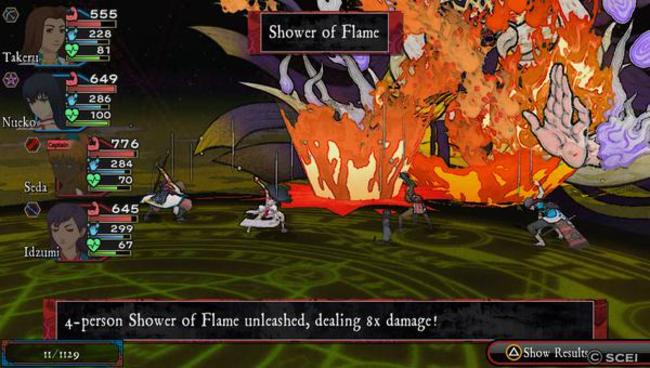 You start out with a few clan members and only three of the eight trades available, and more open up as you progress. Right from the get-go the game dumps a bunch of information at the player detailing the many elements found in Oreshika. Everything is divided into months, and each month you can only perform certain actions that pass time into the next month, and age your party characters ever so closer to death. There are decisions to be made how the player spends each month and how they want to step closer to the ultimate goal. As you might expect, this is a little frustrating – at first anyway.

There are many subsystems in place, and keeping track of all the possible things you can do is admittedly a little overwhelming. You can travel into dungeons to fight oni and onigami to strengthen your characters or to find new skills and equipment. You can invest in your town to improve its shops and shrines. You can take part in festivals and you can travel to other lands to challenge other clans. You can have your older clan members train the younger ones, and of course you can perform the Rite of Union to give birth to more clan members. Oreshika is a multifaceted, dense game and it’s not one to ease into. 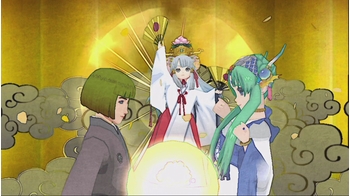 Rather than leveling up, the party is strengthened by passing on traits to the next generation through the Rite of Union with the Gods.
To make things a little easier, Kochin, a weasel-girl appointed by the gods, offers her services to help you understand how to play, and get familiar with the various options offered. She recommends letting her make the decisions to start out and it’s certainly good advice.

Oreshika is definitely the type of game you have to spend some time with to understand it, as touching on every element in the game in this review would be more long-winded than necessary. As stated earlier, it’s hard to compare to other Japanese RPGs because it’s very different in many regards.

Dungeons are a good example of this - most JRPGs have dungeon progression done in sequence. You enter and complete the first one, and then you head to the second, and so on. Oreshika switches this up a bit. There are about eight or so main dungeons in the game, but the order in which they become available to you changes from player to player.

Not only that, but each dungeon has 4 slightly different possible layouts, and these can change mid game depending on when you enter it. While they are not really ‘randomly generated’, this can make traversing them a little confusing as paths can change up on you from one visit to the next.  The game does not give you a map either. You have to keep things straight in your head, or do as I did, draw your own maps (as in, literally draw them with pen and paper). 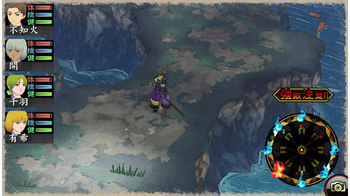 Further, dungeons cannot be fully explored upon the first visit. Many paths are closed off by colored padlocks, and require the corresponding colored key to open new paths and unlock shortcuts. Keys are not necessarily found in the same dungeon, rather, keys are ubiquitous and are probably hiding somewhere else.

For example, you might find the Green Key hidden away at the end of the 5th dungeon you dive into, which will open up any Green Lock in any of the other dungeons, opening up new paths. This means dungeon progression has a more ‘in parallel’ approach than ‘in series’.

As an additional note, time passes are you explore dungeons, so finding shortcuts isn’t just a mere convenience, it has a more direct impact on how far into them you can traverse in any certain amount of time. In a practical sense, this means later in the game, it is easier to make your way to the rear portions of the labyrinths to find stronger oni and more equipment and EXP. This EXP both powers up your characters and can be used to ‘woo’ the gods. (It’s called ‘Glory’ in the former context and Devotion in the latter, although it comes from the same point pool).

This dungeon structure was something I appreciated quite a bit, actually. While some certainly might not like what they hear about  labyrinthine structure, I enjoyed roaming through them and getting deeper and deeper into each as my clan became more and more capable. 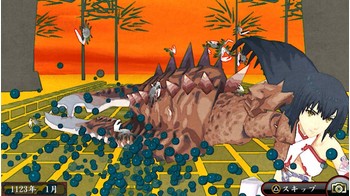 Nueko can use Shikigami to perform special attacks.
So you can enter dungeons to fight oni, and this powers up your clansmen, but how do you get closer to your objective? Well, there are a few storyline bosses you have to defeat in sequence in order to unlock more dungeons and ultimately progress to the game’s finale.

However, any individual character can only power up so much before they reach ‘old age’ and loss of life. This is where Unions come into play, and those characters can pass on their traits to the next generation. Additionally, as the player progresses, they are given access to stronger gods, which in turns results in stronger clan members.

This trait passage system does result in a gameplay loop that is a little repetitive. You have to continually make sure your characters are up to snuff and that you have enough Devotion to mate them with the Gods before they perish, and then do that for each generation of your party. I believe I had to go through about 5 or 6 generations of clansmen from start to finish. Luckily, it doesn't take too many months to do this, but it is a requirement if you want to succeed.

One final element to talk about is the character Nueko, who works a bit differently the rest of the clan, and also whom the narrative revolves around. Overall, the plotline in Oreshika is pretty minimal and is only relevant enough to give the game a little bit of a story motivation, but otherwise it’s certainly not a focus of the title. 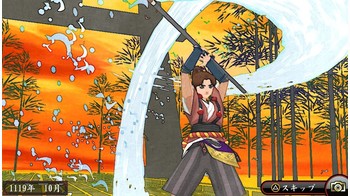 In any case, Nueko is a persistent and unique party member who doesn’t have to perform unions, although you do have to spend a small amount of Devotion on her every once in a while. Some Japanese impressions of the game felt that her inclusion left a negative impact, but personally I didn't take much issue with it.

There are other elements still I haven't touched on, but I think the message should be clearing up by this point. There are a lot of components to Oreshika and while sometimes it's frustrating because things don't work the way a genre veteran would expect, it leads to a thematically and structurally interesting game. It's not typical and it's not 'done-before', at least not often.

While there are certainly parts of the game that could be handled better, such as the confusing dungeon design and lack of in-game maps, the overall experience is memorable and refreshing in its uniqueness. The passing of time is an element that I grew accustomed to, and I feel it suits the game quite well, although sometimes annoyances with it do come into play when you have to manage it. It's all part of the package.

It almost goes without saying that the visuals for the title are simply gorgeous, and a fantastic traditional Japanese soundtrack works perfectly for the musical accompaniment.  The game also runs quite well with very quick loading times before and after battle. There are some frame rate issues on certain screens when there are numerous enemy units, but for the most part the game is stable.

For fans of the genre or fans of the platform, Oreshika: Tainted Bloodlines is very certainly a title worth looking into, as long as they are willing to take the time to become familiar with the oddities that come with it.

Over My Dead Body 2 to be localized as Oreshika: Tainted Bloodlines 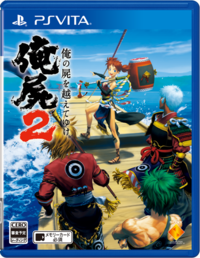