It's hard to deny that Supergiant is something special. Since setting up shop in 2009, they've only created three games, but Bastion and Transistor were released to critical acclaim, offering beautiful worlds, compelling stories, and some fantastic music.

Consider my surprise then when Pyre, their latest title, seemed to fly under the press radar and release quietly on PS4 and Steam. And yet, this isn't a title to miss. Pyre is worthy of Supergiant's pedigree and even more so, and is the best title they've released yet. 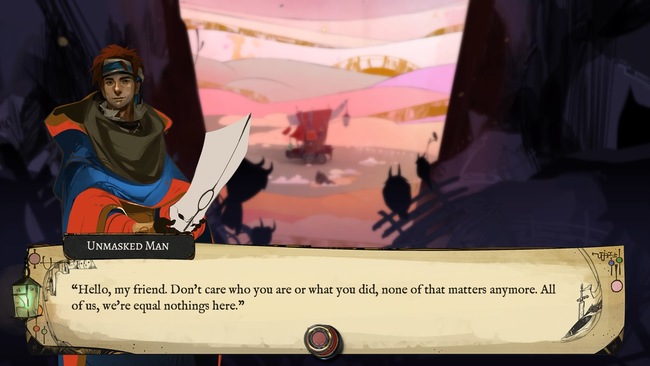 Pyre opens rather unceremoniously as your character is found half dead in a desert. Thankfully for both the character and this game's length, you're saved by three gruff yet generous denizens, but not without a price. As it turns out, you're The Reader, a person that can read the Book of Rites and help conduct said Rites to help earn these travelers’ freedom.

You see, all criminals of the utopic Commonwealth are cast down to the bleak and dangerous Downside, no matter how fair or unfair the broken law may be. But the gods of this world (the Scribes) are benevolent, and they allow those with the knowledge of the Rites to take part in them, and should they defeat other teams in the Rites, eventually have their crimes absolved and their place in Commonwealth society restored.

Regaining freedom is far easier said than done, though, as these teams need someone with the ability to read (literacy is banned in the Commonwealth) and be able to guide their teammates through the Rites, even if that means giving up their own chances at freedom. Not to mention, not everything about the Rites is as simple as it seems, and the various characters you meet and join with have their own reasons for being cast out of the Commonwealth, and why they want to return - even if that means revolution. 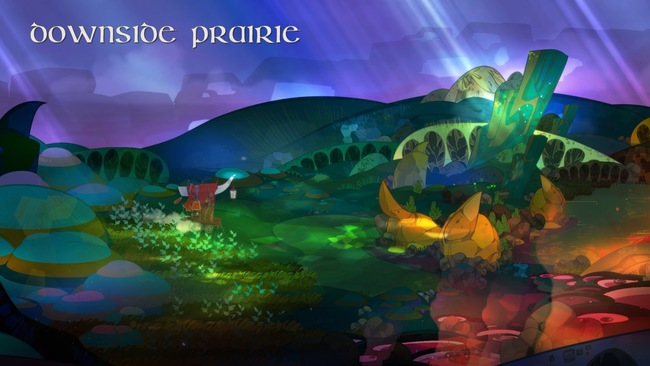 The world and lore of Pyre is absolutely fascinating. It paints a vibrant picture of a cruel world with the harsh and deadly nature of the Downside contrasted against stories and characters' recounts of the better lives they held in the Commonwealth. Even if they were cast down into the Downside for a minor crime, or for not following orders, everyone that you run across still wishes to return to the land that quite literally threw them away.

Bits and pieces of the game's lore and character development are drip-fed to the player, including the Book of Rites itself slowly filling its pages with more information to read, and rewards anyone that talks to their teammates and reads every page they unlock with a deeper understanding of a complex world. It is worth mentioning, however, that Pyre presents itself narratively as a 'choose your own adventure' type game... as such, there's a lot of reading and exposition, and most of it is written like it would be in a book--a bit impersonally. This writing style did not affect my own enjoyment of the game, but it is worth noting, as it's not the most common story-telling format in games.

These motivations and lengthy expositions ultimately muddy the waters of decision making, as eventually, you'll learn that not everyone can earn their freedom at once. So you, as The Reader, have to make the final decision of who goes free and who must stay in the Downside until the next cycle of Rites begins, whenever that may be. But, there are several factors to keep in mind when deciding who is ultimately set free.

First and foremost, if a character regains their freedom, you obviously cannot use them anymore in your team. Only characters with enough Enlightenment (essentially experience points) can be chosen to ascend in the first place, making it so the next cycle of the Rites can be a lot harder without your best teammates. On top of that, you have to consider which characters are most likely to help you once they reach the Commonwealth. You may have to use characters you normally wouldn't so you may reap the benefits later. 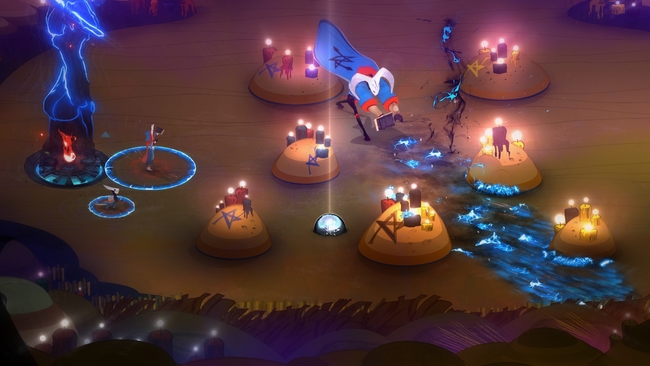 As for the Rites themselves, these play less like any traditional RPG battle system and more like a simplistic, but well-crafted, sports game. Each triumvirate chooses three members to field for the Rite, each with their own strengths, weaknesses, and abilities. Once the match begins, the teams must try to get the Orb into the other teams Pyre, weakening their flames and eventually going until a team's flame is snuffed out.

Getting the Orb into the Pyre can be done in a few different ways. Simply running the character holding the orb into the Pyre is the easiest way, but it also means they're banished (unable to be used) until someone scores. The Orb can also be thrown into the Pyre, which is more difficult to do but can also yield more points and saves your characters from banishment. However, the Orb bearer is considerably weakened when holding the all-important object as it depletes their Aura, the main way to attack and defend oneself.

It's a pretty simple system to grasp but is also deep enough to allow for a number of different strategies and units to be used. These strategies need to be crafted quickly too, as Pyre doesn't play around; the game continues onward, whether you win or lose any Rites. Lose enough Rites, and you'll be less likely to send your own teammates back to the Commonwealth. By failing to complete these Rites, you run the risk of ruining everything, including the bid to your own freedom.

Let me take a moment to talk about Pyre's graphics and music. Both are incredible, breathing colorful life into a dangerous landscape. Despite the grim nature of the Downside, it's a colorful and varied land, with ghastly celestial Landscapes dotting the land as landmarks of a previous era. The music punctuates every moment perfectly, and each triumvirate has its own theme song that rightly fits the unique leaders of those teams. It's all masterfully done, as expected of Supergiant and their previous works. 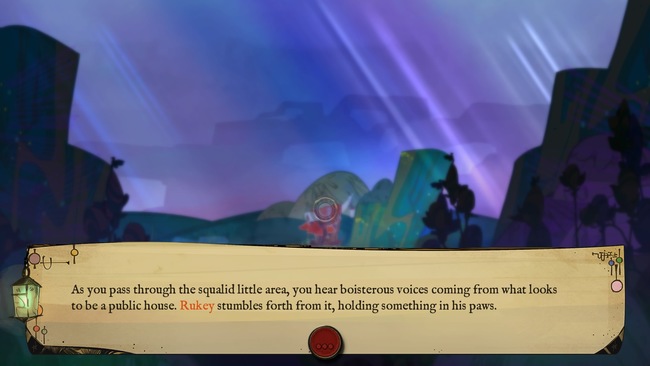 Looking back on my time with Pyre, I thoroughly enjoyed my time with it. The game is a beautifully wrapped package, with great gameplay and deep lore and plot to delve into if you want to. The gameplay is enjoyable enough to make the multiplayer mode worth taking a look at, lack of online features aside. Pyre really grabs you early on and doesn't let go until the very end, where you learn of the effects of your decisions throughout the game. This is Supergiant's best title yet, and I cannot stress this enough - this isn't a game to miss.

Pyre set to release on July 25 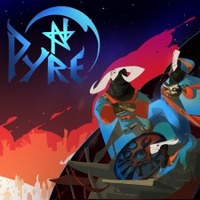