Although it is not the newest, shiniest Ys title being released this year, Ys Seven now makes its way to PC platforms well after its original release on PSP in 2010. RPG Site was still a fledgling blog back then, and we didn't have the opportunity to give Ys Seven a full review at the time. With a re-release on PC, this is the perfect opportunity for us and everyone to revisit the seventh numbered entry in the series.

If you haven't played any other title in the Ys series, don't fret too much. Most Ys titles work stand-alone from each other and each game details one of Adol Christin's many adventures with only a few callbacks to other games. Seven is not much different there, with the notable exception of one returning character from Ys VI: The Ark of Napishtim. In terms of the franchise timeline, Ys Seven is actually the furthest in the series (Ys VIII takes place beforehand) where Adol is an experienced, well-renowned adventurer. 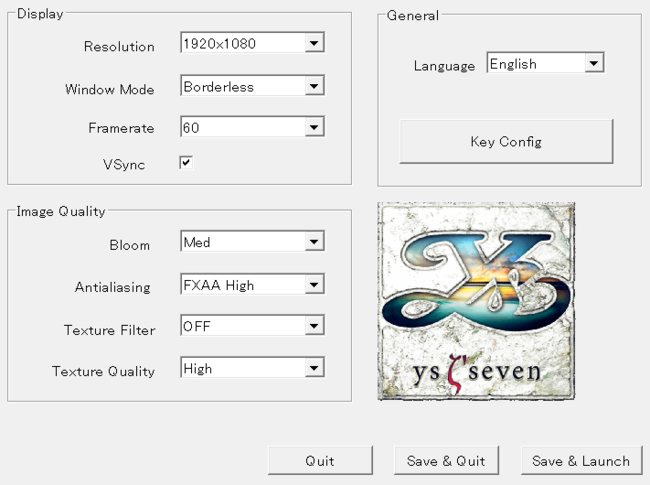 The PC port of Ys Seven is not going to offer the level of enhancements as you may have seen in the recently released Trails of Cold Steel for PC, but the job done here in taking a PSP game to PC is more-than-adequate. Most importantly, the game now features a 60 FPS frame-rate and much higher resolutions. There are also toggles for texture level, texture smoothing, V-Sync, FXAA anti-aliasing, and a borderless window display option.

Being originally a PSP game, character models and environment textures are not going to be exceptionally detailed. The game's bright color palette does help a bit in producing a vibrant and inviting image quality, but this is still a PSP game at the core. However, the game's 2D character art and UI elements have been upscaled nicely to PC resolutions. Load times between game screens are also nearly instantaneous, and saving or loading games also takes no time at all. 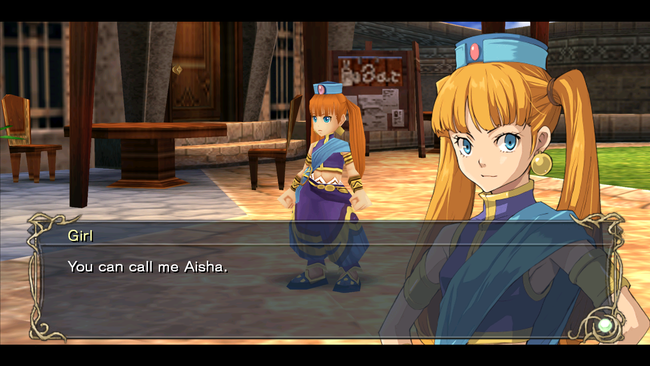 The port also seems to be well optimized. Not only can you play up to 4K resolutions on a high-end GPU, but I was able to play on a several-years-old Nvidia laptop GPU with highest texture settings and keep a 60 FPS frame-rate at 1080p most of the time. A couple areas or certain boss encounters in the game are a bit more resource intensive and did require bumping down textures or resolution to keep a steady frame-rate, but nonetheless, Ys Seven should be playable on most any setup.

If you have played other Ys games on PC, it's important to note that Ys Seven was the first in the series with a style of gameplay featuring playable party members who fight alongside Adol. It's a pretty dramatic change from its immediate predecessors and will also be seen in the upcoming Ys VIII: Lacrimosa of Dana. Combat is still done in real time, only now with two other characters trailing Adol on the field and acting on their own. The player can also switch characters at any time, and each character possesses unique skills.

While the gameplay now features more characters, each with distinct abilities and movesets, things still keep an upbeat pace that the Ys series is known for. Each character can perform normal attack combos on enemies, which will fill up the blue SP gauge. As characters fill up this gauge, they can then perform one of several Skill attacks, which require SP to use. There is also a yellow Extra gauge, which allows a character to perform an ultimate Extra attack when full. 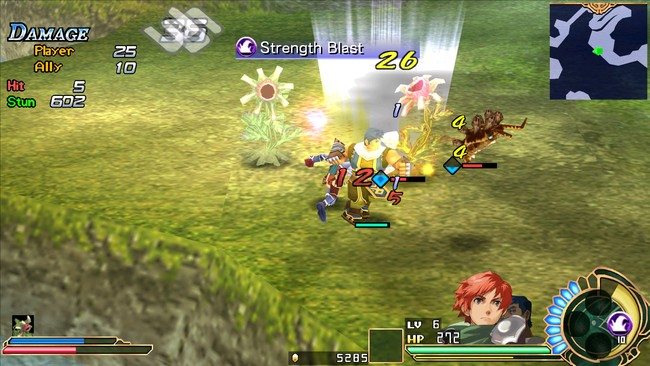 The PC port features controller support, and I used an Xbox 360 gamepad during my playthrough of the game. Compared to the original PSP version, the most notable difference is the addition of an extra pair of shoulder buttons. This allows character switching to be moved from a face button, which is now dedicated to the special "Extra" super skill. Ultimately this makes character switching, skill use, guarding, and using the Extra skill a bit more simple than it was on PSP. The gamepad configuration is also largely customizable if you aren't a fan of the default placements. The game also features a fully mappable keyboard control as well, but I did not test these out.

Like other Ys games, learning attack patterns and knowing when to avoid damage is the key to success. Ys Seven is a bit more lenient in comparison on difficulty, however, with a plethora of ways to keep Adol & Co. healed. Staying equipped with the strongest weapons and armors available will also keep things manageable as you progress through the game. The inclusion of a jump/dash button also makes getting free of danger a little bit easier than in past Ys games. If you are already familiar with the series, I recommend playing on Nightmare mode.

Even when playing on the hardest difficulty, Ys Seven isn't quite as engaging as other Ys titles when it comes to its gameplay. Most of the time, you'll find yourself in the pattern of: dashing near an enemy, getting off a few attacks/skills, dashing away before the enemy can hit you, and repeat. Additionally the inclusion of Flash Guard, which although the game does not properly introduce this technique to the player, renders many enemy attacks to be useless. There is nothing inherently broken about this implementation (except maybe that Flash Guard is a bit too easy to pull off), but it simply feels too basic to be as interesting as it could be. 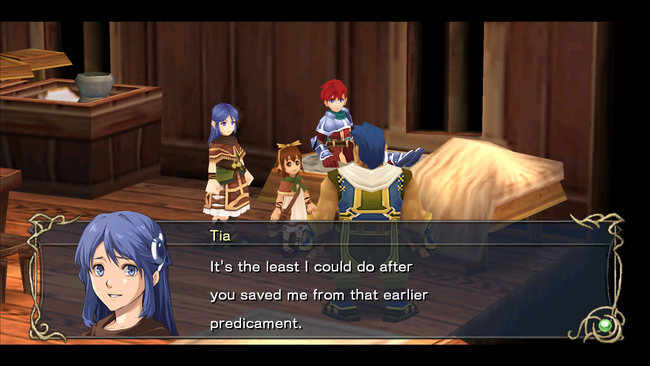 The most disappointing thing about Ys Seven is how it handles its character and plot elements. Ys Seven takes a series that had historically featured concise and lean storylines and adds a lot of scenes, characters, and dialogue to make it a bit more of a plot- focused game .. and it does not do this well. Put shortly, the narrative in Ys Seven is extremely typical and bog-standard in the genre, diluting the unique feel of the Ys series and conforming it to feel more like any other JRPG. It's really a disappointment that Falcom's original flagship franchise can feel so plain and generic, but Ys Seven really has nothing to offer in this regard.

On the flipside, the one place I can give unabashed praise to Ys Seven is its soundtrack. Falcom Sound Team JDK consistently produces fantastic music across all of the developer's output, and Ys Seven's OST might be one of their best. From upbeat combat/traversal tracks to melancholic melodies, the musical score here is nothing short of phenomenal.

Ys Seven is not a bad game but it misses the highs of what makes the Ys series great. It disappointingly conforms to more ordinary JRPG stylings and structure which work to blend the game in with its peers rather than distinguishing it from the crowd. The PC port is done well enough, and Ys Seven will work to whet your appetite for more with Ys VIII coming up on the horizon. 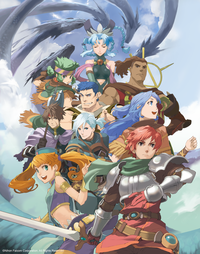 Ys: Memories of Celceta
Ys: The Oath in Felghana
Ys VIII: Lacrimosa of Dana
The Legend of Heroes: Trails In The Sky First Chapter
Ys VI: The Ark of Napishtim