With our review of Tyranny late last year,  the game’s unique premise, high replayability, and strong writing earned a lot of praise but the limitations of the gameplay experiences offered held back the game from being among the genre’s greats. Specifically, the bland combat encounters did not really evolve with the gameplay progression, enemy types were too limited, and maps and fields were too small to be very interesting. However, Obsidian has been quietly updating the game since last winter with both free patches that introduced new merchants and New Game Plus, as well as the summer Tale of the Tiers DLC, which added a series of vignettes to help spruce up some of the map traversal with some minor gameplay elements .  Though despite being a paid DLC, it did not really do much to address the shortcomings of the title or add to its narrative.

However, Bastard’s Wound is being marketed as the game’s first true expansion, and alongside that labeling, seemed to be the first apparent opportunity for the game to step beyond what it initially offered last year. Does this additional chapter build on the strong premise of the game while also strengthening its gameplay shortcomings? Well, unfortunately Bastard’s Wound doesn’t really change what one would expect from Tyranny. There are almost no surprises or meaningful content to be found here. 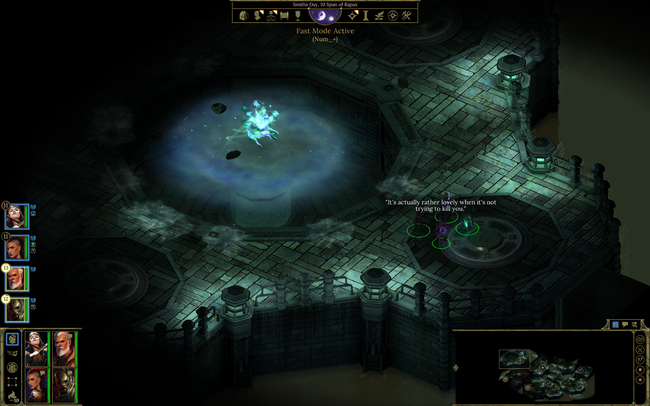 Bastard’s Wound is, for the most part, a mid-game extra “episode”. If you remember the Jaws of Hakkon DLC from Dragon Age: Inquisition, Bastard’s Wound is mechanically similar. If you don’t really remember Jaws of Hakkon was, well Bastard’s Wound will likely suffer from the same fate. During the middle of Act II, you’ll receive a missive (mail) about a location hidden deep beneath the forbidden Old Walls called Bastard’s Wound. The eponymous little community is home to a variety of refugees that have taken shelter deep beneath the forbidden structure, and it’s up to the player to decide whether to support them and how, or to banish the settlement for taking up residence in a place deemed off-limits.

The Bastard’s Wound region is well integrated into the rest of the core Act II of Tyranny. Factions such as the Tidecasters or Sage’s Guild will have a presence in the area, which will behave as one would expect from other regions of the game: that is, characters with a strong tie to a particular Faction (say, Lantry for the Sage’s Guild) will have additional dialogue options, and the player will have some opportunities to alter their reputation with each as you would from any other event in the game. Quests found in Bastard’s Wound will sometimes require the player to visit other regions to visit new npcs or visit new regions to fulfill their objectives. In this way, the new region of the game is not an island and meshes well with the core gameplay. A player new to the game with the DLC installed would likely not feel that the area behaved any differently despite it being an additional purchase. 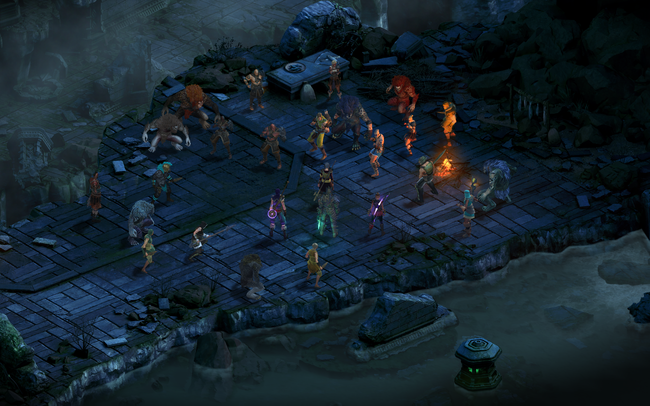 The main gameplay component of the DLC, however, is not very exciting. The main questline of Bastard’s Wound will require the player to venture deep into the Oldwalls that the settlement is based within to fight enemies and solve puzzles. The main disappointment here is that the same style of gameplay and the same sorts of enemies (Bane) are already in multiple locations in Tyranny, and offering another highly similar dungeon with samey puzzles and the same enemy types just doesn’t really offer anything new or interesting to the core experience.

An additional shortcoming for the DLC is that the narrative component of Bastard’s Wound doesn’t really elevate the same-old gameplay in any strong fashion. Your player character will have the option to support the settlement or just ransack it. If you do support the settlement you’ll end up having to decide on which faction will end up ruling it (or yourself) based on each ones motivation and strengths offered to you. The moment to moment writing is fine and what one would expect from the game, but the narrative itself just fails to be very interesting.

One good component of the DLC is the addition of Character Quests for Verse, Barik, and Landry. These are moderately sized quests involving some of the untouched backstories of each charater, such as Verse's Fury sisters and Barik's situation with his armor. The quests are what you would typically expect for this sort of title, but it feels like something completely separate from the DLC proper, almost as if they were cut from the initial release and then pieced back in. While I'm not sure of the case, it feels like something that should have been part of the initial release. 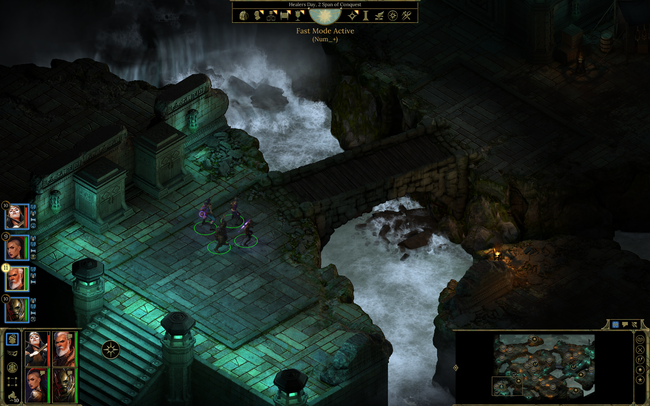 All together, Bastard's Wound blends in with the rest of the game in a fashion where it's both possible to appreciate how well it is integrated into the core experience but also realize how absolutely unremarkable it is. This DLC pack fleshes out the game but generally just feels unnecessary. 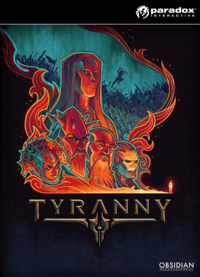