Absolver is a very different kind of game than what this lovely RPG-focused site tends to cover. It may contain RPG elements, but Absolver heavily revolves around PvP first and foremost. This will understandably turn away a lot of folks at first glance, and that’s fine. I’m quite fond of fighting games and what Absolver brings is nothing short of fascinating to me.

Developer Sloclap has built one of the most ambitious combat systems I’ve seen in years. Few battle systems in games feel as rewarding as Absolver’s approach to it. In fact, the game lives and dies by it; if it doesn’t tickle your fancy from the get-go, then Absolver is probably not for you.

Every nook and cranny of Absolver is based on martial arts. After tinkering with the sparse options in the character creator, I had to choose one of three combat styles: Kahlt Method, Windfall, or Forsaken. Variations on which stats they scale best with is expected, though the key difference between styles is their unique defensive abilities.

Kahlt Method is very much identical to the focus attacks in Street Fighter IV. It puts you in a stance that can absorb a single attack. The lost health from the absorbed hit recovers over time. Meanwhile, Windfall gives a handy 4-way quick dodge option that rewards instantaneous evasive maneuvers. Doing so will rapidly recover some stamina and slows down the opponent’s next attack. The Forsaken style has access to parries that completely block an incoming attack and stuns foes when timed properly.

Each style initially starts off with a few moves, but it’s entirely possible to learn any and every move in the game regardless of style. Absolver gives players an astounding amount of flexibility in how they want to play. Additional moves are learned from fighting NPCs or other players; repeatedly guarding or using a style’s defensive ability against it will fill up an XP meter for that specific move. Maxing it out will learn it. Beware - dying in battle will erase any XP gained in that encounter. It’s rather intuitive instead of traditionally relying on a level up to learn a new skill.

A character’s moveset is managed through Absolver’s Combat Deck. Four positional stances dictate the properties of when a move can be executed in a combo string. Stances are represented through a diamond’s quadrants; the lower two sections expose your back to a targeted foe while the upper half of the diamond assumes a full frontal position.

Constructing a combat deck that fits your playstyle is incredibly open-ended. Some moves may leave your character in a different stance - a combo’s first sweep kick from the front will leave your back naturally exposed. Therefore, your next move in that chain will be the second part in that specific stance. It’s admittedly overwhelming at first, though learning the intricacies of it was a rewarding experience.

There are also directional attacks that shift your stance. If you’re trying to reach a specific stance and want to keep your flurry of attacks going, you can assign these moves to get you there. Of course, you can also back off and manually set yourself there as well. All these combat mechanics also apply to weapon movesets - all with their own different moves too!

Lots of attacks contain special properties as well. Some may have you jumping or ducking before executing it. Powerful ones may deplete a lot of an enemy’s stamina if they’re blocked. There are also a few that contain armor properties that won’t cause your character to flinch if they’re hit during it. Stamina management is absolutely critical; it can keep your offensive momentum going and defensive wall maintained.

After every attack, your character flashes gold for a split second. If you successfully hit an attack when it pops up, your upcoming attack will come out much faster. This tightens the time you’re vulnerable for a counterattack and can lead to more substantial blockstrings. Being too predictable with your movement patterns and attack strings allows more experienced fighters to take advantage though. Mixing up the timing of your attacks in different combos pushes opponents to keep guessing again and again. The animation work to fluidly chain one move into the next from hundreds of combinations is exceptional. Absolver shines as a fighting game.

Equipment in Absolver comes with its own set of tradeoffs for battle. Lighter equipment reduces stamina reduction on dodging though you’ll be taking a lot of damage per hit. Piling on armor will obviously have the reverse effect. There’s also the dilemma of character builds that output more damage the less armor they have on too. The armor designs themselves were never flashy enough to distract me, which is much appreciated in combat encounters.

Each character level up grants an attribute point to upgrade health, stamina, strength, or dexterity. The maximum level cap is 60 at the moment and there’s no way to reallocate points unfortunately. Luckily, stats have large diminishing returns up to a certain point and don’t make a huge difference. Skill level will ultimately decide battles rather than a character having more strength than the opponent. There is also a stat in Absolver that accelerates the rate its “mana bar” equivalent replenishes.

Everyone in Absolver carries a certain amount of shards with them. These act as their “magic” to execute abilities they learn throughout the campaign. A slow, gradual healing spell consumes 2 shards while a helpful shockwave to push enemies back eats up a single one. Weapons gained in special encounters will require 3 shards to use and such. Quickly refilling shards requires employing a style’s defensive abilities consistently.

Outside of its comprehensive battle system, Absolver doesn’t have much going for it. There’s a small story campaign that takes roughly 3-4 hours to get through. The plot itself is purposefully vague - you’re a martial arts student that gets chosen to be a Prospect. Your mission is to defeat the Marked Ones across the land, climb a tower, beat the final boss, and become an Absolver. That’s it.

I know it’s not the focus of the game and the campaign basically a glorified tutorial. Still, I wish there was more to it. The story ends off on an enigmatic cliffhanger that may be expanded upon in a later update.

Nonetheless, there are some highlights worth mentioning about it. Aside from learning new abilities mentioned earlier, it gives you a good excuse to explore around. The open world in Absolver isn’t all that big, but it’s all deeply interconnected with one another in amusing ways. Absolver’s world design is concise; I never felt like I was wandering around aimlessly for too long.

Absolver’s distinct visual direction does wonders for its environments. There’s a pristine polygonal look throughout it - minimalistically detailed in an odd sense. As I traveled around, there were points when the time of day would dramatically fast forward. Since Absolver doesn’t have a dynamic weather system, it provides a clever workaround that showcases its beautiful lighting. The result is almost like a day-to-night panoramic view of a landscape.

As I mentioned earlier, Absolver’s legs is mainly in PvP. Combat Trials only allow for 1v1 at the time of this review. The next few updates will add a 3v3 and spectator mode. I wasn’t too fond of the PvP gating some aspects of the single player. Harder versions of the few “boss” encounters are only available at a certain Combat Trial level.

Advertisement. Keep scrolling for more
Eventually, I was able to open up my own school after a high enough Combat Trial rank. This would allow non-Windfall style players to learn Windfall once they max out the school level. The main hook is that it’s up to the school’s teacher to construct a combat deck that all of its students have to abide by - no customization allowed. It’s an intriguing way to test out new styles and moves that I hadn’t learned yet when I signed up for one. There’s also a hidden fourth style that can be learned by joining a certain NPC’s school; if you’re a fan of drunken boxing, then you’ll love it.

Offline players will struggle to find much playtime in Absolver. The world will feel empty since real players phase in and out seamlessly. You can start random fights with them. There’s also a co-op option that’s a tad too finicky on friendly fire. In some ways, the mute nature of Absolver is reminiscent of thatgamecompany’s Journey. Interaction is done through body language via gestures rather than spoken or written dialogue.

Absolver is not for everyone. If you’re expecting a more traditional single-player RPG experience, this probably isn’t what you’re looking for. Much like the path of aspiring martial artists, Absolver is a trip through mastering one’s self. Expand your moveset and learn a playstyle that fits you. There’s not a lot of content and I feel that it launched prematurely. Sloclap still has a lot of plans to add more modes and features in the next few months. The lasting legacy of Absolver will undoubtedly be its amazing combat system. 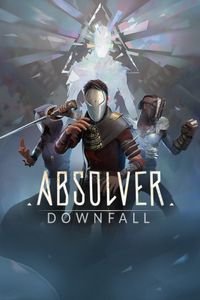